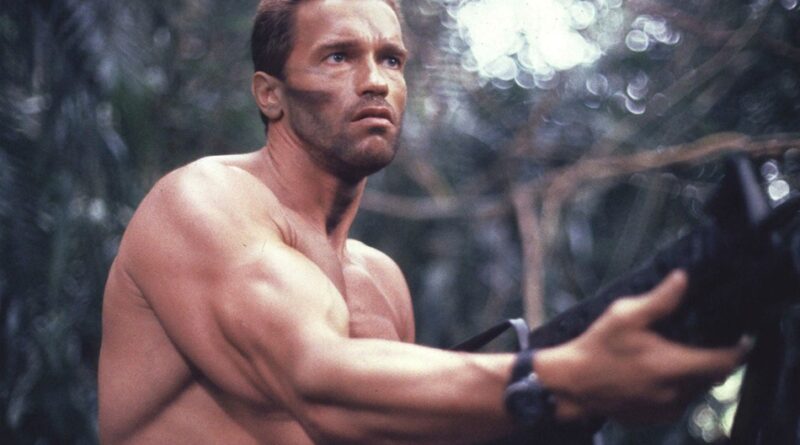 Many of us are wired to believe Arnold Schwarzenegger’s best can only be seen in action movies. With his strong acting skills and a solid understanding of scripts, Schwarzenegger has proved his mettle in almost every genre (probably except romance). And as a result, there are numerous great movies featuring the big man for us to enjoy.

We’ve combed through his extensive filmography and compared the best to put before you our top 10 list of Arnold Schwarzenegger’s best movies. As usual, if you feel we’ve missed off one of your favourites, do let us know in the comments below:

Based on the 1966 novelette We Can Remember for You Wholesome by Philip K. Dick, Total Recall is a perplexing sci-fi story that packs quite a punch. A man is bugged by frequent unpleasant dreams about him being a secret agent. In order to have the dreams eliminated, he gets fake vacation memories of planet Mars implanted into his brain. However, what he thought would help him – turns out to be a total mess-up.

As far as Arnold is concerned, he kills it here with his outlandish (or Mars-landish) acting skills. With its insane sound and visual effects, Total Recall opens the door for everyone – even those who aren’t big on sci-fi. 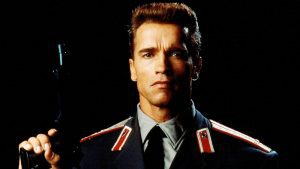 In a sentence, Red Heat is an entertaining buddy cop movie that you’ll struggle not to smile all the way through.

A Russian policeman has to team up with an arrogant Chicago police detective to catch a drug lord who is responsible for the death of his partner. Though wicked and funny, the script may at times feel lacking pace and strength. Thankfully, Arnold makes up for it by keeping the atmosphere lit through the duration of the film. 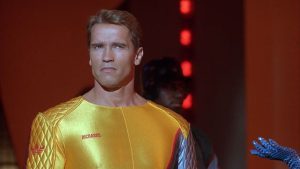 A dystopian fantasy that just keeps getting weirder and deadlier. After escaping from prison, a falsely convicted police helicopter pilot is trying to run away from immorality and injustice to a new place. But, his way out is adorned with deadly thorns. He participates in an insanely violent TV show where he has to take down armed gladiators to earn leniency.

The Running Man is by no means for everybody, but there is a special category of action movie fans that are going to go crazy for what the film offers. Upon the release of Conan the Barbarian, people realized for the first time that the bodybuilder has some serious acting skills. Often credited with launching Arnie into the mainstream, Conan the Barbarian tells the story of a young kid who is enslaved by a sorcerous warlord who killed his family and demolished his tribe.

Conan grows up to be a fearlessly strong man. Even after he is set free, he doesn’t forget the oppression he suffered. Fuelled by the pain of losing his family and community, he plans to take hefty revenge. The film is based on the character of the same name created by Robert E. Howard. 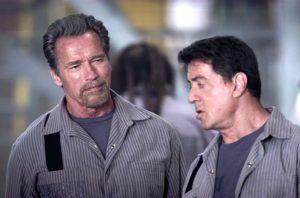 You have multiple reasons to check out this movie – but probably the most convincing of all is that the movie brings Hollywood’s fiercest rivals together – Arnold Schwarzenegger and Sylvester Stallone. A security systems expert is falsely accused of a crime and is incarcerated in the most secure and advanced prison in the world. Dead set on breaking away, the man puts all his knowledge to use to execute a seemingly impossible prison escape.

Escape Plan is the result of an intelligent script nicely executed. The actors have done a job so phenomenal that the loopholes in the plot don’t bother our experience. 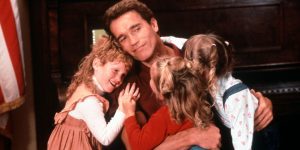 Kindergarten Cop is exactly as funny as the title suggests – nothing less, nothing more. A seasoned cop’s search for a criminal’s wife lands him in a kindergarten school where he must pose as a teacher to hide his true identity.

Kindergarten Cop is an entertaining comedy – that could be a great choice to enjoy with family and kids. The film’s insanely captivating plot blended with unthinkable science gives out what can best be described as a film director’s happiest dream. A powerful human soldier time travels from 2029 to 1984 to stop a cyborg from killing a woman.

There is hardly anything negative about the film – it’s very well-paced, superbly acted, and features awesome visual and sound work. Thanks to the extraordinary job in every department of its development, Terminator serves as a guidebook for the sci-fi movies made today. 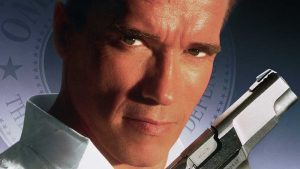 A tough secret agent is completely baffled when he discovers his wife might be seeing a salesman. His problem is multiplied because he is dealing with his wife’s extramarital affair while trying to keep America safe.

Will his daring effort to save his marriage and save America concurrently bear fruits? Or, will he only make matters worse at both the personal and national level?

Whatever the results might be, True Lies is a movie that proves it in a solid way – that Arnie can be as good in comic roles as in action movies. 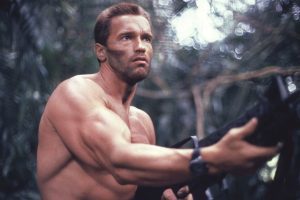 Arnie has pulled off everything. Now, how about him vs. an alien? Well, that’s exactly what Predator focuses on. While on a mission to rescue hostages in Central America, a Vietnam War veteran and his team discover they are up against an extra-terrestrial warrior.

Predator is fresh, and quite ahead of its time. And the jungle setting just adds more magic to our entire experience. 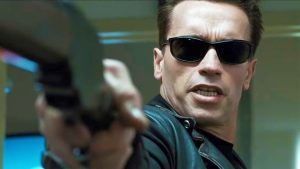 Arguably Schwarzenegger’s best performance to date, Terminator 2 is the best example of sci-fi in its purest form. Two cyborgs are up against each other – because one is there to kill a man – who the other is there to protect. What happens when two powers collide? Well, the answer is not so straightforward!

Terminator 2 combines the best elements of sci-fi, thriller, and action – in the right proportion. And that’s the reason it gets a thumbs-up even from those who can’t stand action films.

And there we have it, our picks for our 10 favourite Arnold Schwarzenegger movies!

What do you think of our list? Have we included your favourites? Or have we missed any must-watch movies? We love to hear from you so do feel free to let us know in the comments below!

Feel Free To Check Out More Of Our Movie Content Here! 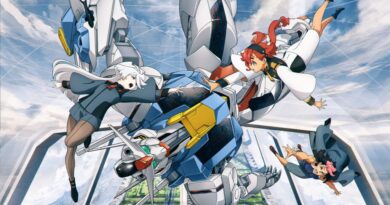 When Will Mobile Suit Gundam The Witch from Mercury  Episode 2 Release Date ? 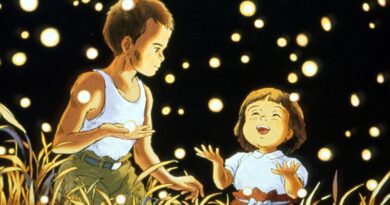