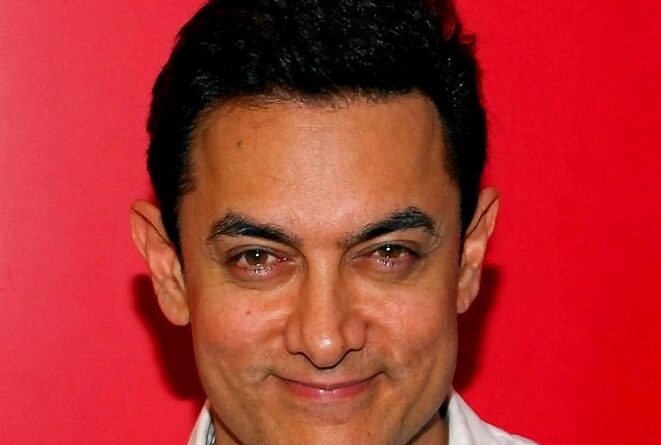 What is Aamir Khan’s Net Worth?

Aamir Khan is an extremely popular and successful Indian actor who has a net worth of $200 million. Aamir Khan is a director, actor, producer, and writer who is most widely recognized for award-winning performances in “Raja Hindustani” and “Lagaan”, and for having directed the top-grossing Bollywood film of all time, “3 Idiots”. His career has spanned over 30 years and he is considered one of the most influential actors of Indian cinema.

Aamir Khan began working as a child actor in the early 70s, appearing in the films “Yaadon Ki Baaraat” and “Madhosh”. In the mid-80s, he began to appear in films as an adult, and first gained notice with his role in 1988’s “Qayamat Se Qayamat Tak”. This launched his career as something of a teen idol, and he appeared in a string of critically and commercially successful films throughout the late 80s and 90s. He won the FilmFare Award for Best Actor in 1996 for his performance in the hit feature film “Raja Hindustani”. It was the highest grossing film Indian film of 1996 and the third highest of the decade. He also co-starred in the Oscar-nominated film “Lagaan” and won his second FilmFare Award for his work. Since 2006, he has been focusing on directing and writing, and has received both Best Movie and Best Director honors at Filmfare, among numerous other awards.

Khan was born on March 14, 1965 in Bombay, India. His father is Tahir Hussain, a film producer, and his mother is Zeenat Hussain. He grew up with this younger brother and two younger sisters. He grew up around the film industry, considering his father’s job, as well as because a number of his paternal relatives were also members of the Hindi film industry.

Khan began appearing in films at the age of eight. His first film appearance was in “Yaadon Ki Baaraat” in 1973 followed by a role in “Madhosh” the following year. He attended the J.B. Petit School followed by St. Anne’s High School and then Bombay Scottish School. Khan played tennis at the state level. Because of the challenges his father had had being successful in the film industry, Khan’s parents hoped he would pursue a more steady career. However, he decided to discontinue his studies after completing high school and instead became an assistant director on Hindi film sets.

Khan started his career working as an assistant director and also acting in student documentaries made by students of the Film and Television Institute of India. The director, Ketan Mehta, noticed Khan in one of these films and offered him a role in his experimental film, “Holi.” Though the film was not broadly popular, it did help Khan land future roles. He was cast as the leading man in “Qayamat Se Qayamat Tak,” which received seven Filmfare Awards. Khan himself won the award in the Best Male Debut category.

He also appeared in the crime thriller, “Raakh,” which was critically-acclaimed. Khan won the National Film Award in the Special Mention category for his performance. In 1990, Khan appeared in five films, including “Dil,” which became the highest-grossing Hindi film of the year. He then appeared in “Dil Hai Ke Manta Nahin,” a remake of the American film, “It Happened One Night.” The film was a box office success.

Khan’s success continued for much of the 1990s, often appearing in one or two popular films per year. This was actually considered unusual for a leading man in Hindi cinema as it was more common for them to appear in films more frequently. In 1996, he appeared in “Raja Hindustani,” which earned him his first Filmfare Award for Best Actor. The film also went on to become the biggest hit of the year. He finished the 1990s by appearing in “Ishq,” “Ghulam,” “Earth,” and “Sarfarosh.” 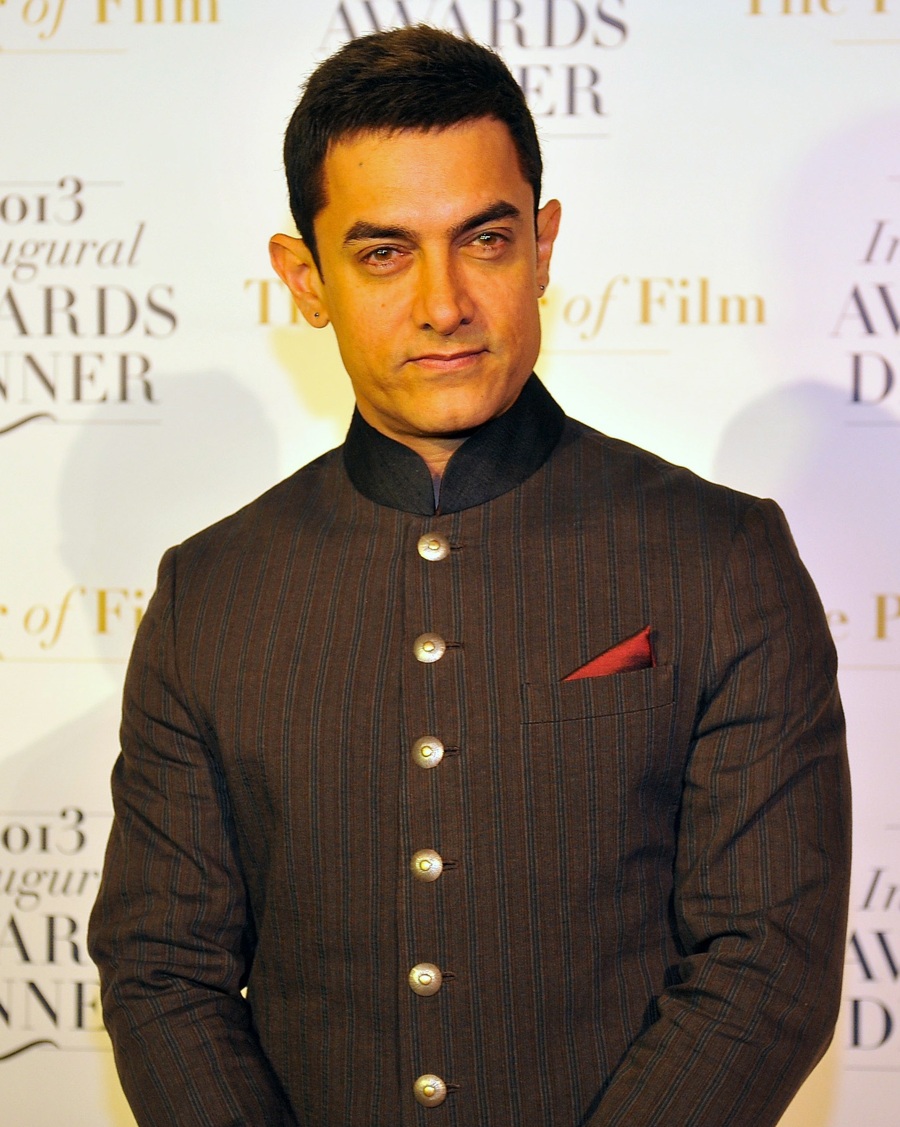 In 2001, Khan appeared in “Lagaan,” which received a nomination for Best Foreign Language Film at the 74th Acaemdy Awards. The film was highly praised at a number of international award shows and festivals and also won numerous Indian awards such as a National Film Award. Khan also won his second Filmfare Award for Best Actor. Khan followed up this success by then appearing in “Dil Chahta Hai” the same year. The film won the 2001 Filmfare Critics Award for Best Film.

Khan decided to take a four year break from the film industry following his divorce from Reena Dutta. He returned in 2005 as the leading role in “Mangal Pandey: The Rising” and then in “Rang De Basanti” in 2006. The latter film became one of the highest-grossing films of the year and was selected as India’s official entry to the Oscars. It also received a BAFTA Award nomination in the Best Film Not in the English Language.

Throughout the remaining 2000s and into the 2010s, Khan’s career continued to take off. He is credited with opening up the Chinese markets for Indian films. His 2009 film, “3 Idiots,” did very well in East Asian markets and won Best Foreign Film at China’s Beijing International Film Festival. In addition to acting, Khan began directing and producing films more frequently in the 2000s. His most successful production was “Dangal,” which became the highest-grossing Indian film of all time. He also produced “Secret Superstar,” which broke various records around the world for how much it earned.

In April of 1986, Khan married Reena Dutta. They have two children together – a son named Junaid and a daughter named Ira. In December of 2002, Khan filed for divorce and Dutta took custody of both the children. In December of 2005, Khan married Kiran Rao. Rao had worked as an assistant director on set of “Lagaan.” They had a son together in 2011 through a surrogate mother. In July of 2021, the couple announced they would be separating.

Khan is a practicing Muslim and performed the sacred Islamic pilgrimage to Mecca, Saudi Arabia in 2013. Inspired by his former wife, Rao, who is a Hindu, Khan adopted a vegetarian and vegan lifestyle in 2015.  Khan continues playing tennis in his free time and participated in an exhibition match for the International Premier Tennis League in 2014.

Khan supports a number of humanitarian and philanthropic causes. He was appointed a national brand ambassador of UNICEF to promote child nutrition in November of 2011. The is also part of a government-organized campaign to raise awareness about malnutrition. Additionally, he has supported various educational causes and India and is a supporter of feminism. He also is quite popular in China and is considered to be India’s unofficial brand ambassador to China. 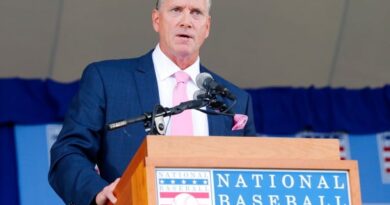 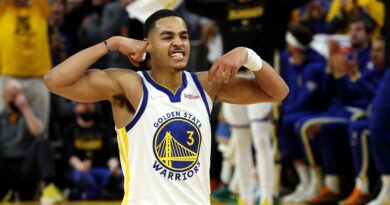 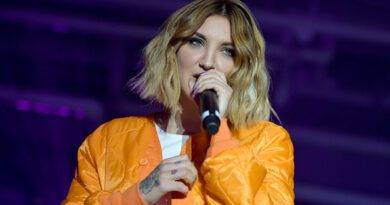