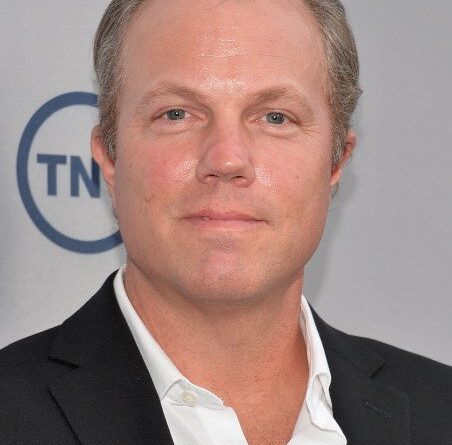 What is Adam Baldwin’s Net Worth?

Adam Baldwin is an American actor who has a net worth of $5 million. Adam Baldwin made his big screen debut with an appearance as Ricky Linderman in 1980’s “My Bodyguard.” He appeared in five other films before landing the role of Animal Mother in Stanley Kubrick’s “Full Metal Jacket” in 1987. Baldwin is also well known for parts in “Firefly”, “Independence Day”, “Serenity”, “Angel”, “Day Break”, “Chuck”, “The X-Files” and “The Last Ship”. His role as Jayne Cobb on “Firefly” earned him a Best Supporting Actor/Television Award at the 2006 SyFy Genre Awards. He has voiced several animated characters in movies and video games, including “Superman: Doomsday”, “DC Universe Online”, “Halo 3”, “Half Life 2: Episode 2” and “Mass Effect 2”. Other TV and film credits include “D.C. Cab”, “Bitter Harvest”, “Predator 2”, “How To Make an American Quilt”, “Double Bang”, “Drillbit Taylor”, “Jackie Chan Adventures” and “CSI: Miami”.

Adam Baldwin was born on February 27, 1962 in Winnetka, Illinois. As a teenager, he went to New Trier Township High School. Adam Baldwin is not related Alec Baldwin and the other Baldwin brothers.

In 1980, Baldwin made his feature film debut in “My Bodyguard,” starring as troubled outcast Ricky Linderman. That same year, he had a smaller role in Robert Redford’s Best Picture Oscar winner “Ordinary People.” Baldwin’s next film was Joel Schumacher’s 1983 comedy “D.C. Cab,” in which he starred alongside Max Gail and Mr. T. He followed that with a supporting role in the romantic drama “Reckless.” In 1987, Baldwin gave one of his most memorable film performances in Stanley Kubrick’s Vietnam war drama “Full Metal Jacket,” playing a pugnacious machine-gunner nicknamed ‘Animal Mother.’ His subsequent credits were “Hadley’s Rebellion,” “Cohen and Tate,” “The Chocolate War,” and “Next of Kin.” In the early 90s, Baldwin appeared in “Predator 2,” “Guilty by Suspicion,” “Where the Day Takes You,” and “Radio Flyer.” After that, he was in such films as “Bitter Harvest,” “Cold Sweat,” “Wyatt Earp,” and “How to Make an American Quilt.” In 1996, Baldwin played Major Mitchell of the United States Air Force in the blockbuster science-fiction action film “Independence Day.” The next year, he starred in a much smaller science-fiction film, “Starquest II.”

Kicking off the 21st century, Baldwin played Captain James Wilkins in the historical war epic “The Patriot” and Captain Wagner in the erotic thriller “The Right Temptation.” He then appeared in such titles as “Jackpot,” “Farewell, My Love,” “Double Bang,” “Betrayal,” and the direct-to-DVD horror films “Gacy” and “Evil Eyes.” In 2005, Baldwin reprised his “Firefly” role of Jayne Cobb in Joss Whedon’s space Western film “Serenity.” Following this, he was in the horror film “The Thirst” and voiced the titular superhero in the direct-to-DVD animated film “Superman: Doomsday.” Baldwin’s other notable credits have included the drama “Gospel Hill”; the comedy “Drillbit Taylor”; the mystery thriller “InSight”; the Western “The Kid”; and the biographical football drama “American Underdog.”

Early on in his television career, Baldwin mostly appeared in television films. In the 80s, his credits included “Pigs vs. Freaks,” “Poison Ivy,” and “Welcome Home, Bobby.” The next decade, he was in such television films as “Cruel Doubt”; “Deadbolt”; “Blind Justice”; “Sawbones”; “Smoke Jumpers”; “Gargantua”; and “Indiscreet.” Baldwin had his first main role on a regular series from 1996 to 1997, starring alongside Corbin Bernsen on the NASA-focused series “The Cape.” During the same span of time, he lent his voice to the animated series “The Pinocchio Shop.” Baldwin closed out the decade with another voice role on the animated series “Firehawks.”

Continuing his work on animated series in the early 2000s, Baldwin voiced characters on such shows as “Static Shock,” “Jackie Chan Adventures,” and “The Zeta Project.” He also continued to appear in many science-fiction series, with a recurring role on “The X-Files” from 2001 to 2002 and a main role on Joss Whedon’s “Firefly” from 2002 to 2003. Additionally, Baldwin starred in the science-fiction television film “Control Factor.” He went on to appear in episodes of such shows as “CSI: Miami,” “JAG,” “Stargate SG-1,” “NCIS,” “Angel,” and “Justice League Unlimited.” In 2005, Baldwin had a main role on the crime drama series “The Inside” and starred in the television film remake of “The Poseidon Adventure.” He began another main role the next year, playing Chad Shelton on the short-lived series “Day Break.” In 2007, Baldwin starred in the science-fiction television film “Sands of Oblivion” and began playing the main role of John Casey on the spy comedy series “Chuck,” which ran until 2012. Among his other notable credits, Baldwin played the main role of Mike Slattery on the TNT series “The Last Ship,” and voiced superhero Vance Astro on the animated series “Hulk and the Agents of S.M.A.S.H.” and “Guardians of the Galaxy.”

Beyond film and television, Baldwin has voiced characters in numerous video games over the years. His first role was as Archer in the 2003 third-person shooter “Kill.switch.” After that, he voiced characters in “Halo 3,” “Half-Life 2: Episode Two,” “Halo 3: ODST,” and “Mass Effect 2.” Baldwin has also voiced some superheroes, including Superman in “DC Universe Online” and Green Lantern in “Injustice: Gods Among Us” and “Infinite Crisis.”

Baldwin married his wife Ami Julius in 1988. Together, they have three children. 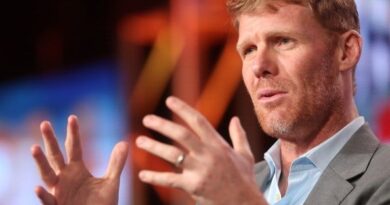 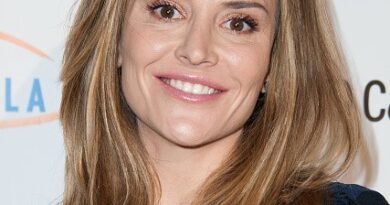 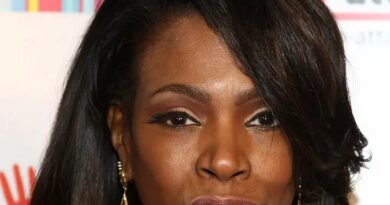