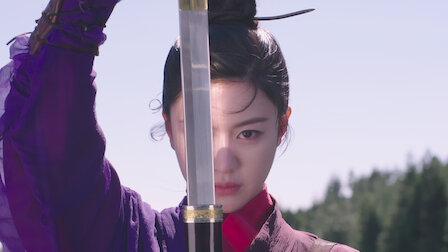 Alchemy of Souls is unlike many K-dramas out there. In a year that’s brought us X number of law dramas from Asia, Alchemy of Souls defiantly sticks to its guns and delivers an enthralling and intoxicating blend of fantasy and romance.

Spread across 20 episodes, the show actually does a decent job harking in an age of politics and magic, with the best parts of Goblin, Arthdal Chronicles and general C-drama epics working in tandem. But yet, the show also falters in some key areas too, holding this back from being a better show.

The story is set deep in the fictional country of Daeho. Erased from maps and deemed to be invisible, the country plays host to a number of young mages who study magic, split across four different houses.

All of this is set on the foundations of the past, which include an elite assassin named Naksu, whose soul is trapped inside the body of Mu-Deok, a servant to Jang-Uk. Jang-Uk happens to be from a powerful and noble family, Songrim. Jang-Uk holds a dark secret about his birth which could well be linked to a forbidden magic spell called the Alchemy of Souls. When he finds out about Mu-Deok’s true identity, he enlists her help to change his destiny.

Of course, there are antagonists waiting in the wings to stop that coming to fruition, which comes in the form of the house, Cheonbugwan, led by the slimy Jin-Mu. He has his claws in fellow house Jinyowon, led by Ho-Gyeong who’s still wounded by the loss of her youngest daughter.

The overseeing power above these houses comes in the form of the Royal Family, led by King Go Soon who has more than a few skeletons in his closet. And as for the Queen? Well, she’s certainly no saint either! Caught in the middle of this unholy alliance is Go Won, the Royal Prince. He ends up entangled with Jang-Uk and Mu-Deok, alongside the former’s friends, Dang-Gu and Seo-Yul.

There are a lot of characters in this and while it’s not a complete head-scratching George R.R. Martin appendices of players, there’s a lot to remember – and you need to be paying attention right the way through this to get as much out of the story and understand how all these people connect together.

The trouble with Alchemy of Souls though is that it ultimately feels like a medley of tropes and genres, with its execution hitting varying degrees of success. The romantic element of this is pretty good, and the humour hits more than it misses, but the actual narrative moves along at such a slow pace that long episodes tick by without anything really happening. When the story does get moving – with an exciting couple of episodes to finish things off – a number of contrivances and plot holes crop up, souring the experience.

I’m not going to go into spoiler-territory here but an ending can make or break a show and in the case of Alchemy of Souls, I fear that the latter is true. Given the amount of build up for Naksu and her history, seeing this badass heroine not get the amount of epic scenes she so rightly deserves is a bit disappointing.

Thankfully, the show does have some good action and a decent amount out character development that irons out some of the disappointment. As mentioned before, the romance is probably the best part of this and the show is certainly enjoyable, despite its flaws. Alchemy of Souls may have started with a bang, but it ultimately ends with a whimper, which is a real shame. 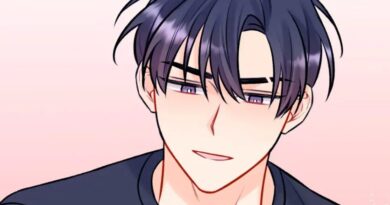 When Will Off Stage Chapter 39 Release Date ?