Babel is an impressive, ambitious dark academia novel, but it’s certainly not without its flaws. The book, clocking in at a hefty 547 pages, is an absolute page-turner and full of wonderful, whimsical prose. London is brought to life with glorious (and ugly) detail, while our main protagonist, Robin, is beautifully fleshed out and interesting from the off.

The story is pretty straightforward and plays out as a love/hate letter to author R.F. Kuang’s experiences studying. Robin Swift is an orphan from Canton, brought to England by the stuffy Professor Lovell and trained for a higher purpose. With strict schedules for studying language rigorously, Robin is raised to attend Babel, the Royal Institute of Translation. This tower, powered by magical silver bars, is where all the power for the British Empire stems from.

Robin is immediately intoxicated by the splendor of the place, settling into a buzzy academic rhythm alongside newfound friend Ramy and female compatriots, Victoire and Letty. As the book progresses however, it soon becomes clear that all is not so rosy at Babel and the place holds dark secrets that hide the true nature of the Empire and all that Britain stands for.

I’ve seen reviews that compare Babel to a darker Famous Five book and there are definitely echoes of that here. In fact, whole chapters of this novel, which works to flesh out a lot of the surrounding world and characters, are also reminiscent of the work done in Harry Potter and the Goblet of Fire, with the teens carrying the weight of the world on their shoulders and dabbling in romance and conflicting hormonal emotions.

Unlike either of those books though, Babel blends its mystery in with light fantasy elements and a strong thematic message about linguistics, belonging and race. The latter comes in the form of an undercurrent of racial prejudice, which becomes much more prominent during the latter half of this book (more on that in a minute).

I mentioned before about the magical bars and the fantasy elements in this story are nicely blended into the world. While there’s still spellcasting here, it’s much more restrained and used sparingly across the book. In its simplest form, these silver bars can only be activated by scholars who have in-depth and fluent linguistic skills in more than one language.

Away from spellcasting, a lot of this book instead plays out as slice of life academia, with the kids toing and froing between lessons, learning about the Empire and taking exams. It sounds boring written like this but Kuang’s magical (no pun intended) writing keeps things moving at a pretty consistent pace. It’s not perfect though, and there are times where the chapters sag as you wait for something big to happen. When it does though, Babel becomes a whole lot more interesting.

What’s particularly great about this book is how no one is safe. Not a single character has plot armour, which raises the stakes tremendously. Each of the main ensemble regularly get into trouble and there are some genuinely shocking moments toward the end of the book that’ll have you gaping in disbelief and desperate to read more.

Counterbalancing this though is Kuang’s desire to really hammer home the thematic weight of why certain events are happening. Racial prejudice and one’s belonging in a foreign land are big parts of this book and it certainly helps us empathize with the characters. However, it also has the adverse effect of becoming alienating and one-dimensional toward the end. Every single white male character is deplorable, while language like “their kind” and changing from describing old men and scholars to “those whites” feels sloppy and almost takes on a passive-aggressive tone. It’s also at complete odds with Robin’s layered persona; a fascinating internal struggle as this man is caught in his biracial identity.

The supporting characters – Ramy, Victorie and Letty – aren’t particularly deep either but for large swathes of the book it won’t matter too much. Their bond with Robin is far more important and this is beautifully demonstrated through some little – but gloriously visual – segments that stand out.

The descriptions for the four outside the tower, laughing in relief at their exam scores is one such example, while another depicts all four walking through a graveyard together after being at a Ball, slightly drunk and trying to compose themselves. These moments help to solidify their close bond together.

Kuang seems to be aware that these characters needed a bit more characterization, adding little “interludes” from the 50% mark of the book onwards to explain character actions. While one could argue it’s a clunky way of exuding exposition, personally I found this to work well in breaking up some of the dramatic plot beats, allowing you to really take in what’s happened, while simultaneously fleshing out the history for these three students.

Babel isn’t perfect and it’s certainly not without its flaws, but it’s a damn good book all the same. The prose is detailed, poetically zinging from the page, while Robin Swift is a complicated protagonist that has multiple layers to his persona. This one’s well worth a read.

You can check out more of our book reviews here! 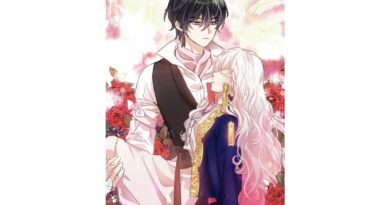 When Will The Moon Witch and The Solar King: My Salvation Chapter 858 Release Date? 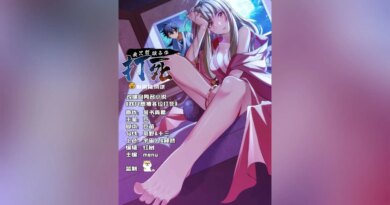 When Will I Just Want To Be Killed Chapter 110 Release Date? 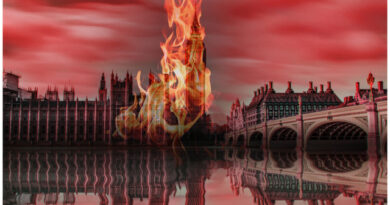