Former WWE manager Dutch Mantell feels that fans would like to see Roman Reigns beat up Logan Paul in their upcoming encounter at Crown Jewel.

The Head of the Table crossed paths with Logan when he appeared on the IMPAULSIVE podcast. After their meeting, the social media star mentioned that he only needed one lucky punch to beat Roman. Later, in a special press conference, Triple H announced that Roman Reigns will defend the Undisputed WWE Universal Championship against Logan Paul in Saudi Arabia at Crown Jewel.

On the latest episode of Smack Talk, Mantell stated that the heel-babyface roles have now reversed, and Logan is the bad guy since the fans want Roman to hand him a beating.

“Sometimes, all you have to do is put some guys together and they have that magic, and the work’s done for you. This is how fans are. Logan Paul is almost a heel. And Roman’s a babyface because they want to see Roman beat the sh** out of him. Because he’s got that smart mouth.” [2:22 – 2:47]

You can watch the full video here:

During the same conversation, the wrestling veteran explained that the YouTube sensation could you his mic skills on the fans. He said Logan could throw jabs at WWE fans and get them to turn on him.

“If Logan was a full-time competitor in WWE, I’d tell him forget talking about Roman, talk about these people. You know how Lacey was talking to the people? She attacked the people. That’s what gets you heat, attack them. That’s what I used to do and it worked every time.” [2:54 – 3:14]

Logan Paul and Roman Reigns will also be face-to-face for the first time inside a the ring on SmackDown this week.

Do you think Logan Paul is the heel heading into this feud with The Tribal Chief? Sound off in the comments below.

If any quotes are used from this article, please embed the YouTube video and give credit to Sportskeeda Wrestling. 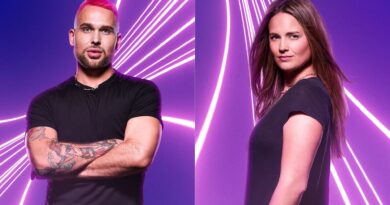 Where did Laurel Stucky and Jakk Maddox meet? Everything to know about The Challenge Season 38 pair