The Children Who He Abandoned

Episode 3 of Blind starts with another flashback, showing the horrors these kids at the Children Center had to endure. They’re forced to do manual labour and beaten for talking or stepping out of line. Sung-Joon and Jung Yoon-Jae are among those kids, known simply as their different numbers, so it’s hard to pinpoint which ones they are!

“Number 11” is who tried to escape, and whose story we saw last episode confirm that the police chief is in collusion with Moon-Kang’s Care Home.

Number 11 is beaten and tortured for his efforts in trying to escape, as it becomes clear that he’s the guy who was driven back to the Center again. He implores the kids to stick together, pointing out that they cant trust anyone and that they’re in this together.

In the present, Sung-Joon awakens in hospital to find his family there around him. They berate his brash attitude and point out that he should just quit being a cop given he’s always getting into trouble. Given how close Sung-Hoon is to his parents, it’s pretty heartbreaking to see Sung-Joon kept as an outsider like this.

Eun-Ki shows up at the hospital to see Sung-Joon but instead, she’s greeted by Sung-Hoon. He takes her outside and points out his familial ties, and how he’s linked to Sung-Joon. He also encourages her to hide the nasty cut across her neck Man-Chun gave her last episode.

Eun-Ki clearly has PTSD though, especially when she heads up to Sung-Jun’s room and notices a knife on the side. She also has trouble heading back home again too, reminded of her frightening ordeal involving Man-Chun.

Still, Eun-Ki does her best to adjust and reminds her mother, who shows up teary eyed and blaming herself for what’s happened, that it was her who decided to be a juror and that’ why this happened.

After giving up crucial information about his boss last episode, it turns out Man-Chun is actually still alive His son sneaks into the room and the pair hug warmly. Now, it turns out Man-Chun actually got his hands on the juror addresses from the incident inside the courtroom while he was being held against the table. That must be it… right? Unless there’s an informant inside the courtroom working with Man-Chun. We shall see!

Anyway, Baek Moon-Kang shows up to see Station Chief Yeom, complete with the audio recording of Yoon-Jae. He also has incriminating details against this Station Chief too, as it becomes clear that his corruption extend all the way to a young girl whom he was involved with.

The Station Chief shows up at the school, looking for his son, Min-Ho. Thankfully he’s outside but just prior to this, that strange whistling man led him outside. Not only that, but he also gave the kid food and drink – the same brands that Yeom gave “Number 11” in the past. It’s immediately clear that everything is linked together.

We then jump to the “day of the incident”. There’s been another murder and this time it’s Hye-jin, “Coco Mum” as she’s known to the other jurors. She’s scrambling through the woods and eventually taken captive by the Joker killer.

We’re up to April 15th 2022 on the timeline, which happens to be the date of Hye-Jin’s abduction. She’s brought to a strange room, tied up and alone. Unfortunately, after the killer has had his way with her, she’s dumped outside in the woods again.

This seems to rule both Sung-Joon and Man-Chun both out as the killer given they were in hospital the whole time. As it happened around 2am, Man-Chun actually has an alibi given he was holding Eun-Ki hostage during the time of the murders.

Could it have been a copycat killer? That’s certainly what the officers inside the station believe, as Sung-Joon is quick to point out how the juror list is linked to all of this. It could be that the killer is going after each of the jurors, fulfilling Man-Chun’s promise to make them all pay… unless it’s Man-Chun himself of course.

Sung-Joon shows up at the restaurant to speak to the chef on duty that night. He’s quite handy with a knife (which puts him in the firing line as a possible suspect for a few minutes!) but he also confirms that there people acting suspiciously in there. I mean, the jurors themselves are certainly an odd bunch, as Sung-Joon soon finds out when he heads around to interview each of them… including the shaman lady.

Sung-Joon’s search eventually brings him back to Eun-Ki, who was the last person to find Hye-Kim alive. They shared a taxi home together, as we know, but there are also details from that night she’d forgotten until now.

It turns out there was a motorcyclist who cut them off on the road, prompting their driver to try and catch up and cut him off. This immediately put both women on edge, given the driver’s demeanour, and together reluctantly agreed to let Eun-Kim out first.

The taxi driver is next to be questioned, with him suspiciously holding a black raincoat in his trunk but no umbrella. Even worse, the dashcam has also been ripped out too. He claims its been stolen but it’s hard to know if he’s being truthful or not. He does have a spider tattoo up his arm which could be significant going forward, but for now we’re left with a tantalizing glimpse at where the next episode may go. Sung-Joon doesn’t pry further either.

One person who does pry further however is Sang-Hoon, who visit Man-Chun in hospital. Something doesn’t add up with his story. Sung-Hoon is convinced that this copycat killer story isn’t right and believes that if his ruling against Man-Chun was wrong, he’s going to try and reverse the decision and catch the real killer red-handed.

Here, Man-Chun admits the truth. He did see the killer that night… but not their face. He implores Sung-Hoon to work and find out exactly who the real killer is. Could it have been Sung-Joon? It seems unlikely, given he was in hospital at the time, but Sung-Hoon is not convinced. In fact, he immediately searches Sung-Joon’s car and finds an earring on the floor. The same earring that belonged to Ji-Eun.

As for Sung-Joon, we cut to him in his apartment, flicking the light switch on and off ominously while holding a chipped nail.

It’s hard to know who’s being truthful here and who’s playing a big game, with both Sung-Joon and Sung-Hoon both acting very suspiciously throughout the chapter. It would appear that Sung-Hoon is on the “right” side of law but then he could also be trying to cover his tracks too.

As for Sung-Joon, there’s definitely more to this story than meets the eye. Could he actually be Yoon-Jae? Could Sung-Joon just be the new name given to him by his adoptive parents? The same parents who don’t particularly show him any affection?

It certainly appears as if the show is going down that route but then it’s difficult to figure this one out, making for a very enticing mystery.

Either way though, Blind has been a really enthralling K-drama offering so far, with plenty of mystery, drama and thrills across its 70 minute long episodes. Each of these have ended on a big ol’ cliffhanger and this one could just be the juiciest of them all! Roll on episode 4! 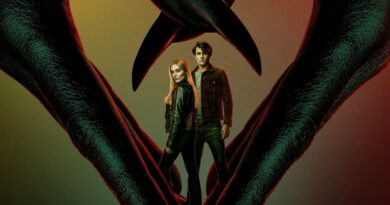 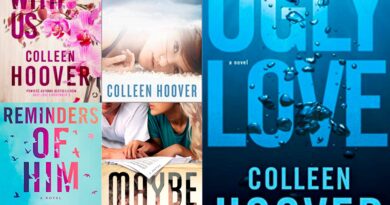