Cardi B recently celebrated her son’s first birthday and posted pictures on her social media accounts.

Wave is shown in the first image seated in a customised blue remote-controlled Mercedes G-Wagon. He may be seen cuddling up to his father, Offset, in a later picture.

Along with some old videos of her and Offset while she was carrying their son, the post also featured a vintage photo of the mother holding her infant.

THE WAVE YOU” Cardi added a caption.

Cardi previously posted pictures from Wave’s elaborate birthday celebration on Monday, which showed off all the décor and offered a sneak glimpse at the games that guests played while celebrating Wave’s first birthday.

All visitors who attended the birthday spectacular were met by blue, green, and red Lamborghinis that were parked in front of the celebration. A variety of vibrant balloons were also there, and there was plenty of room for the youngsters to play. 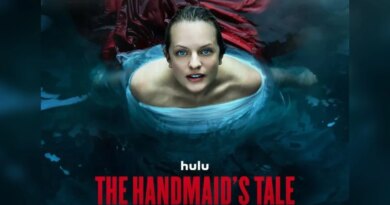 When Will The Handmaid’s Tale Season 5 Episode 5 Release Date?