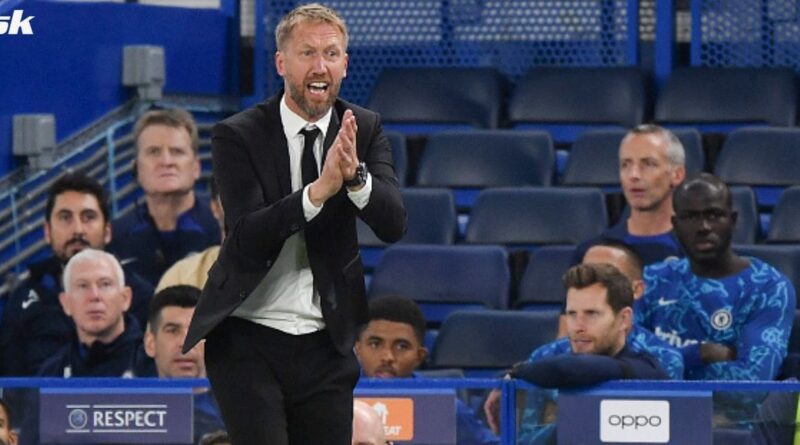 Chelsea are evaluating three candidates for their sporting director role after missing out on RB Salzburg’s Christoph Freund, as per Diario AS.

The Blues were interested in Freund but the Austrian turned down an approach from the Premier League club.

As such, the west Londoners are turning their attention to other potential candidates, and the first of the Blues’ reported targets for the job is Sevilla director Monchi.

The Spaniard has been at the Ramon Sanchez-Pizjuan Stadium for five years, having returned to the club from AS Roma back in 2017.

During his time as Sevilla director, he has overseen signings such as Jules Kounde, Diego Carlos, and Youssef En-Nesyri.

There have been question marks over his recruitment, but he has had to build several Sevilla sides.

Everyone likes finding the next wonderkid on Football Manager.

What can you learn from Sevilla’s Director of Football, Monchi, a master of the transfer market?

This is ‘Behind The Ball’.

Everyone likes finding the next wonderkid on Football Manager. What can you learn from Sevilla’s Director of Football, Monchi, a master of the transfer market? This is ‘Behind The Ball’. [From B/R Football x @FootballManager] #FM21 #CreateTheFuture https://t.co/VXst6VFAx4

Borussia Dortmund director Michael Zorc is another candidate that Chelsea are considering.

The German has been an ever-present at Signal Iduna Park, having taken on the sporting director’s role after retiring at the age of 36.

He will leave BvB for the 2022-23 season to be replaced by Head of First Team football Sebastian Kehl.

Zorc’s impressive signings include the likes of Erling Haaland, Robert Lewandowski and was behind the appointment of Jurgen Klopp as manager back in 2008.

His availability may be enticing to the Blues, who will know they will not have to pay to lure him away from Dortmund.

One of the best ever to do it.

Michael Zorc as BVB sporting director:3 Bundesliga titles,3 DFB Pokal titles,1 Champions league final appearance,Signed players such as Lewandowski, Piszczek, etc,Made the decision to appoint Klopp,Scammed many clubs for average players.One of the best ever to do it. ???? https://t.co/cdXqQyfj8K

Lastly, Chelsea are looking at Leeds United’s Victor Orta, who has revitalized the west Yorkshire outfit back into a Premier League contending side.

He joined Leeds back in 2017 and has lured the likes of Raphinha, Kalvin Phillips and Marc Roca to Elland Road.

Orta can be admired for the way in which he has dealt with the departure of talent by signing inexpensive replacements.

????Victor Orta on having to sell Kalvin Phillips and Raphinha in the summer (1/2):

“Players have a rate of growth that you either match as a club or you have to sell them because otherwise you are at a disadvantage.”

????Victor Orta on having to sell Kalvin Phillips and Raphinha in the summer (1/2): “Players have a rate of growth that you either match as a club or you have to sell them because otherwise you are at a disadvantage.”[via @Telegraph] #LUFC https://t.co/Op7uEKFukC

Potter succeeded former Chelsea manager Thomas Tuchel as the Blues boss in early September and has been handed a long-term contract.

His project is going to rely on getting the right players in.

Potter worked extremely well with the recruitment at former side Brighton & Hove Albion, building an impressive Seagulls side during his tenure.

Brighton’s signings during his spell at the Amex Stadium include Yves Bissouma, Leandro Trossard, Marc Cucurella and Moises Caicedo.

The English coach now has a comfortable budget to work on at Stamford Bridge but will still want a recruitment team that brings him the right profile of player.

Chelsea spent big this past summer bringing in the likes of Cucurella, Wesley Fofana, Raheem Sterling and Kalidou Koulibaly.

The January transfer window will be a good indication of how Potter examines the current squad at his disposal. 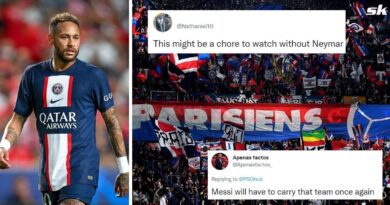 “Messi will have to carry that team once again”, “This might be a chore to watch” – PSG fans unsure about 25-year-old star being in line-up in place of Neymar for Ajaccio clash