Anyone who has been following Floor is Lava over the past years should know the deal by now. Three teams compete in each individual episode to cross a room in order to make it to the top of the volcano at the end and win $10,000. Oh, and a special lava lamp too.

You’ve got your usual obstacles to traverse and simple physical puzzles, along with several different new rooms on offer. Season 3 is, for all purposes, basically more of the same. The show has been repackaged with new contestants and a couple of new rooms but it’s largely identical to the previous offering.

On the flip side of course, if you were put off from the shouting, screaming contestants, the annoying narrator and the themed family contestants, then you’ll probably want to steer clear of this one.

Amusingly, I made a joke in my season 2 review about these families feeling like rejected WWE Tag Team names (I mean, Good Genes, Cruise Crew ad Team Baker all sound like tag teams right?) But this time we actually get a trio of wrestlers compete, which feels like a poetic sense of irony.

In terms of the episodes here, there are a couple of new obstacles and tweaked rooms as before, and the colourful water (lava) is back. Once again, your legs can be submerged in the water but falling in completely is off-bounds. Crazy jumps or amusing segments are repeated several times with replays, while each team are graced with the usual little background confirming their history and why they’ve chosen the gimmicks they have.

As a side-note, it’s quite amusing to see them utilize the same projection screen background that Disney have been doing for their Marvel movies with this, and whether that’s a jab at them or just a coincidence is left up for debate.

Mercifully, there’s no Z-list celebrity episode this time, with most of the contestants all look like they’re having a good time which is always a plus. Whether you, the audience, can say the same is another matter.

Floor Is Lava is a simple game-show premise and it must be doing well with the numbers for Netflix if it’s got a third season already. However, this is the sort of show that can become repetitive quickly, and with no big differences this time around compared to the tweaks between seasons 1 and 2, it’ll be interesting to see how many people stick around for the long-haul with this one. Still, if you’ve enjoyed this one in the past, chances are you’ll feel right at home with season 3.

Click Here To Go Back To Our TV Show Reviews 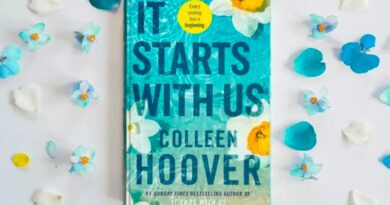 ‘It Starts With Us’ by Colleen Hoover – Book Review 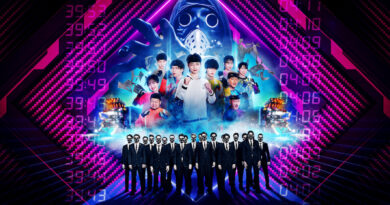