Based on a true story, The Greatest Beer Run Ever follows the journey of Chickie Donohue, a slacker from New York who becomes fed up with the constant doom and gloom of the war.

With some of his childhood friends dying in Vietnam, drunk on the patriotism of America, Chickie decides to go over to Vietnam personally and deliver some beers to the boys.

In the morning Chickie realizes he needs to make good on his promise and with a duffel bag full of beer, sets off to a warzone. As one may expect by now, Chickie soon learns that war is hell and there are no victors for those at ground zero and in the thick of the fighting.

Why doesn’t Chickie get the boat home?

The ship Chickie came over to Vietnam on, The Drake, leaves early. The Captain leaves him a mocking message at the Embassy, telling him he can catch up with them by swimming if he’s still alive.

The lady working there takes pity on Chickie though and manages to sort him out a flight leaving Bien Hoa Air Base to Manila the following night at 7pm. Before he can catch that though, he’ll need to show up in the morning at 10am to get his papers.

Is the ceasefire honoured?

Despite a ceasefire being called across the country, it’s not honoured by the troops on the ground, who are still fighting.

At the bar, Chickie tells the other journalists as much. He also starts to become disillusioned with the way the war is being presented on TV, which is a direct contrast to how Chickie started this journey in the first place.

Saigon suddenly comes under attack, with the enemy swarming on the Embassy too. Chickie sees an explosion first-hand, shocked as he notices a soldier walking with his arm missing.

Chickie sticks by Russell Crowe’s journalist character, Arthur Coates, who nonchalantly snaps pictures the entire time This is his job after all but the severity of what’s happening hits Chickie hard. 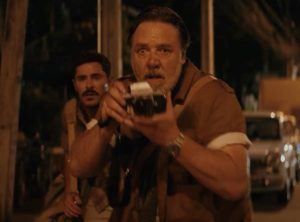 Who is killed during the fighting?

There are casualties on both sides of the conflict, with the most notable being Hieu. This is the Vietnamese man whom Chickie traded banter with earlier in the episode, with the pair giving each other nicknames and even making a promise to meet up in New York.

Unfortunately, the poor guy is shot dead in the foreground of the Embassy building, which is completely engulfed in flames.

When an explosion rocks the horizon, Chickie realizes that it’s come from the ammo drop in Long Binh. His buddy Bobby Pappas is up there and Chickie decides to hitch a ride with Arthur Coates to check on him.

Before he does, Chickie also informs the other journalists that the army have fabricated parts of their statement, having witnessed their own military blast a hole in the embassy wall. But why? Well, this is all a ploy to make it look like the Vietnamese broke in, which is an easier story to sell rather than the truth.

Although Bobby is alive, Chickie does find out that Tommy died serving his country; Chickie takes this heavy news back home, managing to get a flight out of Vietnam.

How does The Greatest Beer Run Ever end?

Chickie returns to his friends in New York and has conflicting feelings about the US’s role in Vietnam. He heads over to see Tommy’s mum, who is proud of him doing something and representing the neighbourhood. Chickie is wracked with guilt though.

Despite feeling like he didn’t make a difference, apparently everyone in Inglewood is proud of him and she forgives him for talking Tommy into serving in the military.

Chickie eventually speaks to his sister too, whom he fell out with earlier in the movie. He sits with her and decides less drinking is the order of the day. He’s saved the last can for her, and the pair warmly embrace. 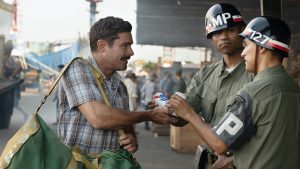 What happens after the movie?

As the credits roll, we learn that Tommy, Rick, Kevin and Bobby all came home safely from Vietnam. Chickie Donohue never become a police officer in the end, but he did graduate from high school and Harvard’s Kennedy School of Government.

Chickie then went on to work as a “sandhog”, one of New York’s tunnel builders, eventually becoming a legislative and political director. 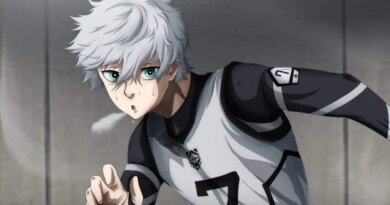 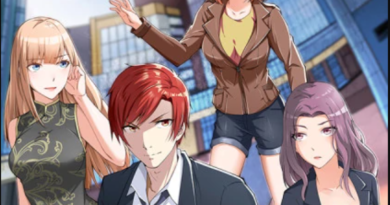 When Will The Super Security Guard Chapter 13 Release Date ?