The Orville began life as a Star Trek parody, but Seth McFarlane’s sci-fi series has since become something far more dramatic and meaningful. Season 3 touched on the theme of what it means to be alive, for example, and some of the episodes dealt with such weighty subjects as gender change, suicide, and the power of forgiveness.

Of course, The Orville is still a comedy at heart so there are still laughs to be had. However, the show’s dramatic subplots set it apart from similar space spoofs that are no longer in existence, and are the reason, perhaps, for The Orville’s enduring popularity.

But will The Orville be back for a Season 4? Or have we seen the last of  Ed Mercer, Kelly Grayson, and the rest of the Orville crew?

Here’s what we know at the time of writing.

Has The Orville been renewed for Season 4?

Many people expected Season 4 to be announced at Disney’s annual D23 Expo this year. Unfortunately, there was no news of a new season of The Orville, but as the show has proven popular with both critics and audiences, it would be disappointing if the show was cancelled.

In an interview published at TV Line, Seth McFarlane discussed a fourth series but he wasn’t sure if his show would be renewed. He said:

“It’s tough to chart what exactly what a Season 4 would be because when we started writing Season 3, half the stuff that happened — the shifting of the Alliances, the Kaylon becoming an ally, the Moclans becoming enemies — I never could have predicted. It’s just something that came about in the writers’ room over time. Certainly, we set up threads this year, and most were pretty obvious, that lend themselves to payoffs in a Season 4, but how everything intertwines and evolves and develops…. I don’t even know if we’re picked up!”

Fans of the shows are certainly keen for a Season 4 and if you’re disappointed that there hasn’t been official word on a new series just yet, you might want to join the legion of other fans and sign the petition at Change.org. What could happen in Season 4?

Season 3 ended on a happy note, despite the tragic loss of one of the main season’s characters in the penultimate episode. And several of the major plotlines were wrapped up. As such, there isn’t necessarily a need for Season 4 as Season 3 ended on a positive and conclusive note.

However, with a whole universe to explore and the potential for further adventures, there is still plenty of scope for another season.

If it is given the green light, we will likely see Ed and Kelly grow closer together as they seemed to fall back in love with one another at the end of Season 3. The relationship between Isaac and Claire will likely develop too, perhaps with an exploration of what married life looks like when one partner is a human and another is a robot!

This is just speculation but if you have your own ideas for Season 4, please let us know your thoughts by leaving us a comment below.

Who could be in Season 4?

If the show does return, we will likely see most of the major cast members again. As a reminder, these include:

Sadly, there are some cast members who won’t return for Season 4. Norm McDonald, who voiced the gloopy green alien Yaphit, passed away last year, so even if his character does return, we will no longer be blessed with his comedic voicework. Lisa Banes, who played the role of Speria Balask, also passed away after being involved in a tragic accident.

Without going into spoilers, there will be another cast member missing from Season 4 as their character met an untimely end near the end of Season 3. If you have seen the show, you will already know who we are talking about.

When could Season 4 be released?

If the show is given the green light for a fourth season, we might see Season 4 at the end of 2023. Of course, this is assuming all of the cast and crew can fit the show into their busy schedules. As they haven’t been granted official word of a renewal, they will likely busy themselves with other projects over the coming months so we might have to wait a while longer before we see them together again.

This is all we know for now but if The Orville does get a fourth season, we will update this page accordingly.

Would you like to see a fourth season of The Orville? What did you think of the last season? Let us know your thoughts in the comments below! 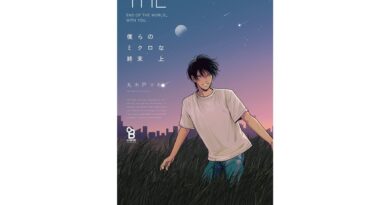 When Will Bokura no Micro na Shuumatsu Chapter 6 Release Date?