Larry Bird’s status as one of the greatest basketball players of all time cannot be denied. The NBA Hall of Famer has become somewhat of a mythical figure over the years as countless stories have emerged regarding his uncanny trash-talking. With a lethal jumper and a fearless nature, Larry Legend cracks the top 10 on just about everyone’s ‘greatest NBA players of all time’ list

The way Hip Hop legend Snoop Dogg sees it, the same is true for Eminem. It’s no secret that the brash Detroit native stands out as one of the best emcees ever. And Snoop Dogg just can’t help but see the similarities between the two and their storied careers.

During a recent episode of Know Mercy with Stephen A Smith, Snoop Dogg explained why he believes Eminem is the Larry Bird of Hip Hop:

“He’s like Larry Bird cuz. Remember when n****s used to act like ‘that’s white boy shit’ then all of a sudden that motherfucker put 40 on your ass. Hey man, you know what, Larry Bird is a bad motherfucker man.”

What makes the comparison that much more significant is the fact that Snoop Dogg is an avid NBA fan.

Snoop is without question one of the most passionate celebrity superfans the NBA has ever seen. As you can see from the image above, the famed rapper even went so far as to virtually attend Los Angeles Lakers games during the ‘bubble playoffs’. With his status as an NBA superfan cemented, L.A. fans will be happy to know that the rapper is in good spirits going into the upcoming season.

As he recently divulged, a conversation he had with Steph Curry following the Lakers’ acquisition of Patrick Beverly has set his expectations from the Hollywood team high. The way the pair sees it, Beverly is poised to help the team regain their competitive spirit, something that was sorely lacking over the past two seasons.

Considering how often Snoop is seen at NBA games, he will likely have courtside seats to watch his team on plenty of occasions this year. With the team wrapping up a successful offseason that saw big improvements to their bench unit, things could be looking up in L.A. 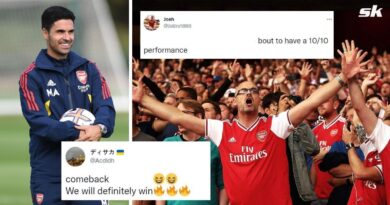 “We will definitely win”, “Bout to have a 10/10 performance” – Arsenal fans cannot contain excitement as 23-year-old star returns to line-up for Tottenham clash 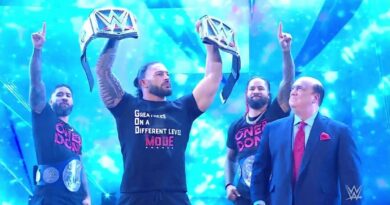