The Princess and the Queen

Episode 6 of House of the Dragon begins 10 years in the future. In trademark HOTD fashion, we’re skipping ahead to a much darker time. An older Rhaenyra is in labour, sweating profusely and trying to push her babe out. After a fair few screams and pushes (not to mention background squelching noises) she gives birth to a little baby boy.

Rhaenyra is immediately thrown out of the blissful state of holding her child, as the Queen demands to see the child. It’s a cruel command, especially coming so soon after she’s given birth. Rhaenyra is a tough cookie and despite being weakened and dripping blood on the floor, barely having pushed out the placenta, she heads up the stairs.

Laenor is there and he joins her as they slip past Lord Caswell and numerous other figures of power. Alicent is surprised to see Rhaenyra, while Viserys is, even more surprisingly, still alive. He’s much older now though and holds his grandchild for the first time. It’s good to see Viserys and Rhaenyra getting on but there’s definitely trouble in paradise.

Rhaenyra has just birthed her third child, and has two other boys back home with distinct black hair. Not very Targaryen or Valryian-like! Alicent whispers in Laenor’s ear, telling him that eventually he’ll have a son that “looks like him”, which is clearly a dig at his skin colour and a dig at Rhaenyra’s “dining partners.”

Meanwhile, tensions boil up between Rhaenyra and Laenor when the latter hastily calls their son Joffrey before the King and Queen, a nod to his late lover who died at the hands of Criston Cole last episode. Rhaenyra is not happy that she wasn’t consulted on the name. A for Alicent, the cruel Queen clearly has it out for Rhaenyra but keeps up the pretense of them being civil together. But that ship sailed long ago.

As for Rhaenyra’s other children, they’re brought to the dragon pit in a bid to tame the dragons there. It would seem that each dragon is bound to its master, with the young green dragon in the arena, Vermax, bound to Jacaerys, Rhaenyra’s oldest son and the person bound to inherit the throne.

They’re not the only ones there though. There’s also Aegon, a pre-teen, alongside his little sister Helaena and brother Aemond. Aegon is not taken seriously and the kids whisper that they have a dragon all ready and primed for him. It’s a pig wearing wings, which winds up Alicent when she finds out. She takes Aegon aside after catching him in his room mid-masterbation some time later, and demands that he take this seriously. “One day you will be King.”

Speaking of dragons, Daemon and Laena Velaryon get along like a house on fire. They ride dragons together, they’re married and Daemon is respected by the Valerians after aiding them by burning a rival fleet. At Pentos, one of the Free Cities, Daemon is offered to stay with Laena and their children (Rhaena and Baela). Daemon seriously considers it, but domestication is not on the table, especially after what transpires later on.

Over at King’s Landing, a sparring session out in the yard goes horribly wrong. Tempers flair. Arrogant Aegon flaunts his skills before the other children while Criston and Harwin offer different instructions. Crsiton makes sly comments to Harwin regarding the parentage of Rhaenyra’s children. It gets under Harwin’s skin and he immediately smacks Criston, something that sees them expelled from the City Watch.

Rhaenyra can feel the tension between her and Alicent, not to mention the whispers across the land regarding the true father of her kids. She brings these concerns into the council, in a bid to try and keep the peace.

Specifically, she suggests that her son, Jacaerys be wed to Alicent’s daughter Helaena. That way, both families remain united and steadfast for the future. That would also allow them to put their differences behind them. Just to seal the deal, she also offers Aemond to choose a dragon egg.

As Rhaenyra speaks, her breasts leak and undermine her stature. Alicent smiles thinly and eventually leaves council. She believes all of this is a ploy and thinks Rhaenyra’s idea is a last-ditch ploy to cling to power as she’s weakened and needs her family. It’s partly true, mostly because Rhaenyra’s husband Laenor is lackadaisical to matters of the Kingdom, showing up drunk and romantically discussing sailing off to the Stepstones.

Meanwhile, Laena gives birth to her third child… but there’s a problem. The baby and her mother are bound to be lost as a result of a complicated birth. In a scene very reminiscent to that from episode 1, Daemon is put in a difficult position with his wife.

Laena though, understands what’s happening and heads down to the beach alone, screaming “Dracarys” at her dragon and dropping to her knees, allowing the flames to envelop her and the child, killing them both. Daemon is shocked and heartbroken when he sees.

Back in Kings Landing, there are several important steps forward for our characters. Rhaenyra decides to leave and head over to Dragonstone. She knows she’s been undermined when Jacaerys questions who his father is. Before Rhaenyra leaves, she turns to Laenar, telling him they need every sword they can muster.

Alicent’s scheming sees her in the company of Larys Strong. He agrees that Lyonel can’t give Viserys unbiased counsel but also points out that Otto wouldn’t have been much better either. Alicent blurts out that he’d at least be on her side, solidifying their unspoken bond together.

That night, Larys recruits a handful of prisoners from the dungeons, cuts out their tongues and sends them to Harrenhal to burn the castle down. Both Harwin and Lyonel are inside when this happens.

When Alicent finds out, she’s shocked but Larys has his own game he’s playing, believing he’ll be rewarded for his actions in the future. Picking up a flower, he smells it confidently while Alicent turns her back to him, flustered.

It’s hard not to compare House of the Dragon against Rings of Power but this week we get two sparring scenes in both shows with very different outcomes. In Rings of Power we get Mary Sue Galadriel who can do no wrong, dancing about and flailing a sword with terrible swordsmanship but not even breaking a sweat while throwing out how amazing she is and gaining applause for her efforts.

Meanwhile, the sparring incident in House of the Dragon is brutal, meaningful and pushes the character and plot forward. It really is startling how bad the former is written compared to this. HOTD is no masterpiece though, and there are elements that could be improved, but the difference in quality is night and day.

What’s particularly interesting here though is how there’s shades of grey rather than clear black and white motives for all the different characters. This is something that Game of Thrones – and George R.R. Martin’s books (the ones he’s bothered to finish and release at least) – do exceptionally well and its conveyed in HOTD so well too. You can never quite be sure of what all these different characters are planning, and it makes for a very absorbing watch.

Daemon is very clearly going to have a bigger part to play in all this and it would seem that the conflict this season is bubbling up to Alicent VS Rhaenyra with the fate of the realm hanging in the balance. It’ll be interesting to see which side of the conflict fate falls.

The new actors play their roles well, while the series has enough wherewithal to keep the same tonal balance as before. Next week’s episode should be another good one! 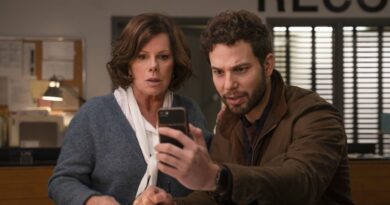 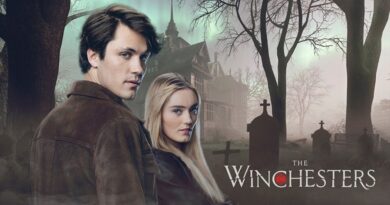 The Winchesters Episode 1 Preview: Release Date, Time & Where To Watch 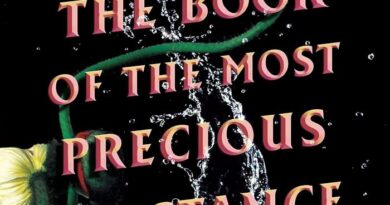