At the beginning of Episode 6 of If You Wish Upon Me, Tae-sik tries to reconcile with Gyeo-re by offering him a cup of coffee after their fight from the night before. Gyoe-re complains that Tae-sik is someone that he does not know.

The old man leaves after mocking Gyeo-re a bit. Joon-kyung is at a sauna hostel where she spends her days playing phone games waiting for Gyeo-re to answer her calls.

Seok-joon finds her there and makes a scene threatening to kill them if she is unable to tell him where Gyeo-re was. She triggers him by calling him mentally ill and he is furious with Joon-kyung. He gives her his card and asks her to get a hotel room and live there instead of in the sauna.

That night, Seo-jin is on a call with Hyung-joon, her boyfriend, as he walks back home after class. He is waiting for the red light to turn red while Seo-jin sings him a song. However, as the lights turn red, Hyung-joon begins crossing the street.

A car comes speeding through and passes the red light dashing with him as he is left bleeding in the middle of the street. The driver of the car does not wait to check up on Hyung-joon and drives away as the high-school student writhes in pain.

Seo-jin is at the hospital with his parent as media reporters come to cover the accident. The doctors are not sure if Hyung-joon will make it but the reporters as his parents about the driver’s involvement in the case.

Turns out that the driver was a famous political figure and the reporters are concerned about sensationalising the news as Hyung-joon’s life hangs in balance. Seo-jin goes inside the operating room to meet him.

While under the ventilator, Hyung-joon says something to Seo-jin. She meets Tae-sik and tells him that she needed him to help fulfil Hyung-joon’s wish. Since Hyung-joon was not in critical danger, Tae-sik tells Seo-jin that he cannot fulfil her wish.

She pleads with him and tells Tae-sik that Hyung-joon was seeking revenge from the politically powerful family that did this to him. Since they are powerful people, they got away with the accident but Seo-jin states that a crucial witness was still Hyung-joon’s hope.

Seo-jin follows the wife of the man that caused the accident but is unable to meet him due to the security protecting him. At the hospital, the politician – Dong-wook tries to greet his daughter Ji-woo but she is hesitant to meet him.

The child notices how both her parents are not concerned about the accident but are trying to save their reputations. She recalls the night of the accident when her father was drunk and half-asleep while driving the car.

After Hyung-joon was hurt because Dong-wook broke the signal, the politician drives away. However, in the car, Ji-woo is haunted by visions of an injured Hyung-joon.

She wakes up with a jolt in the car with her mother but does not reveal her nightmare. Outside her school, Gyeo-re sees that Seo-jin is being bullied by her classmates and takes her out for lunch. In the car, Seo-jin asks Gyeo-re to help him avenge the attack on Hyung-joon.

She starts blaming herself for calling Hyung-joon during the accident but Gyeo-re reprimands her stating that it was the politician’s fault. While she is at home, Seo-jin is all by herself in her big house meanwhile at the hospice, Gyeo-rethinks about her words from back in the car.

Seo-jin revealed how she was being bullied in school for the wrong choices made by her parents. Gyeo-re recalls how he stood up for Joon-kyung as a child and was punished because he was an orphan. He also recalled how over the years, he was wrongfully accused by adults only because he was poor.

He finds Yeon-joo, who is on a break. Gyeo-re starts by telling her how he does not have a home of his own and narrates his complicated circumstances. The two bond over their conversation and Gyeo-re asks Yeon-joo what are the things that give her happiness.

Using the question, Yeon-joo flirts with him making Gyeo-re nervous. She mentions that her new goal in life is to make Gyeo-re happy because he has the prettiest smile in the world.

Gyeo-re is overwhelmed and asks if she was confessing her feelings to it and she says she is. The next day, Team Genie is working together with Seo-jin missing. Tae-sik reveals that he had upset her. Meanwhile, Gyeo-re is helping Seo-jin avenge Hyung-joon’s accident.

They wait outside Ji-woo’s school as her mother drops her there. Gyeo-re asks her to think rationally and refrain from punishing a child for the wrongdoings of her father. Seo-jin is determined and makes it to Ji-woo’s class.

Gyeo-re on the other hand is delivering flowers to Dong-wook as an imposter. He goes inside his hospital room and waits for a video call from Seo-jin. Once Seo-jin is with Ji-woo she asks her if she knew who Hyung-joon was and what had happened to him.

Her parents are concerned and Seo-jin manages to scare Dong-wook imposing that Ji-woo was in danger. Upon Seo-joon’s threat, Dong-wook promises to take responsibility for the accident and apologise to Hyung-joon’s parents for his wrongdoings.

Ji-woo apologises to Seo-jin for her father’s mistakes. Seo-jin ends up apologising for overwhelming her as Tae-sik takes Seo-jin back home. Tae-sik asks Gyeo-re why he left the address to the school on his ambulance and Gyeo-re mentions that they needed the leader of Team Genie.

As Ji-woo’s parents rush to the school after seeing her in danger, they apologise to her for not owning up to their actions. At the hospital, Seo-jin tells Tae-sik that revenge was never Hyung-joon’s wish. She reveals that instead of worrying for himself, Hyung-joon had asked if the suspect driving the car was okay.

Dong-wook and his wife formally apologise to his parents of Hyung-joon. The doctors announce that Hyung-joon was going to be okay and had gained consciousness.

At the hospice, Yeon-joo cleans Gyeo-re’s bag full of cash which pisses him off. Yeon-joo wonders if she did something wrong. Meanwhile, Gyeo-re hides the money in the boot space of the red car. He also makes a will, as he was asked to in the first exercise of his Team Genie training. In his note, he writes that the money should be given to Team Genie after his death.

Meanwhile, the Gang Boss warns Seok-joon asking him to bring Gyeo-re to him by any means. At the hospice, Gyeo-re has started to get too comfortable when he comes to realise that his volunteer hour will soon be over.

On the other hand, Joon-kyung has restarted her job as a broadcasting jockey for  Seok-joon and his men. Tae-sik and Seo-jin are having a meal when he asks her to be respectful towards her parents who work hard for her.

Gyeo-re drops a completed painting of the old patient and enhances it to beautify it so that she isn’t upset. Seo-jin and Tae-sik discuss how now that Gyeo-re’s volunteer hours were getting over, they needed to come up with a plan to make him stay back at the hospice. Tae-sik mentions that he will finally have to tell Gyeo-re the secret behind the room on the fourth floor after all.

So far the show has been interesting but seems rather slow for a Ji Chang-wook K-drama. He is known for his intense roles and seeing him play a calm and vulnerable Gyeo-re is certainly unique. I wish the romantic angle between Gyeo-re and Yeon-joo starts progressing soon and this episode gave us cute moments between the two.

Seo-jin is a badass young girl who wants to avenge her boyfriend’s accident but it was so jarring watching her break down as she traumatized the little girl. It’s great that Hyung-joon is safe and that we did not actually have any death in this episode.

I think Tae-sik has a connection with the gang Gyeo-re took money from and now that Joon-kyung is free from prison, we will possibly get the intense Chang-wook back as Gyeo-re. It is not quite possible that Gyeo-re is Tae-sik’s son but it does seem like the patient in Room 403 is somehow related to Gyeo-re. 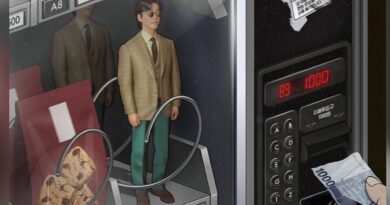 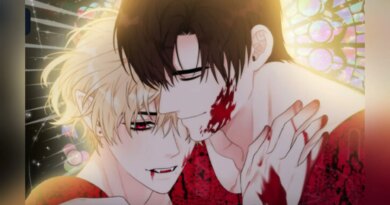