Team India captain Rohit Sharma and senior batter Virat Kohli celebrated together after the hosts defeated Australia by six wickets in the 3rd T20I in Hyderabad on Sunday (September 25). With the victory, the Men in Blue clinched the three-match series 2-1.

Chasing 187, Suryakumar Yadav (69 off 36) and Virat Kohli (63 off 48) featured in a brilliant century stand to pave the way for India’s win. After things got tight at the end, all-rounder Hardik Pandya (25* off 16) once again chipped in with a valuable cameo.

It was Pandya who hit the winning runs, getting a thick edge on a wide delivery from Daniel Sams. As the ball raced to the boundary behind the wickets, Kohli and Rohit reacted in unison and let out a victory cheer. The duo then exchanged a warm hug as Kohli patted his captain on the back.

Rohit won the toss and invited Australia to bat in the decider. The visitors put up an impressive 186 for 7 on the board, built around quick-fire fifties from Cameron Green (52 off 21) and Tim David (54 off 27).

Picture of the day – the winning celebration from Rohit Sharma and Virat Kohli was wholesome.

Picture of the day – the winning celebration from Rohit Sharma and Virat Kohli was wholesome. ♥️ https://t.co/IXHYn8VMxR

The Men in Blue lost Rohit (17) and KL Rahul (1) early in the chase. However, Kohli and Suryakumar featured in a terrific partnership before Hardik came in and put the finishing touches.

Kohli has displayed terrific form since returning to international cricket after a short break. He was India’s leading run-scorer in the Asia Cup and came up with a crucial performance in the decider against Australia on Sunday.

One of the standout aspects of the 33-year-old’s knock was the clarity with which he took on leg-spinner Adam Zampa, who has been his nemesis a number of times in the past. The bowler had cleaned him up in the previous match as well. Admitting that he made a conscious effort to attack Zampa, Kohli said after the game:

“I have to utilize my experience and give the team what the team wants. I got off to a good start then I had to take down Zampa because he’s an important bowler through the middle.

“When Surya started hitting it like that, I kind of looked at the dug-out as well. Rohit and Rahul (Dravid) bhai both told me, ‘you can just keep batting on’ because Surya was striking it that well. It was just about building a partnership. I just used my experience a little bit,” he added.

On his current form, the former India captain asserted:

“I’m happy with my contribution to the team, I took a break, went back to the nets, worked hard on my fitness and I think it’s coming off well. I want to keep contributing and doing my best for the team.”

While Kohli played a significant knock, Suryakumar was deservedly named Player of the Match for taking the game away from Australia with some breathtaking strokeplay. 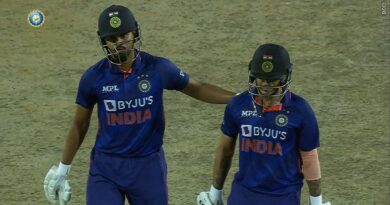 IND vs SA 2022: “Didn’t want to intrude your privacy” – Shreyas Iyer opens up on match-winning partnership with Ishan Kishan in Ranchi 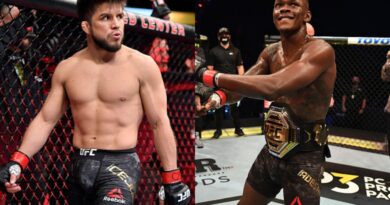 “Shame on you Conte”, “This loss is on you” – Tottenham fans believe Spurs will get overrun by Arsenal as Conte makes unpopular choice while naming line-up for north London derby