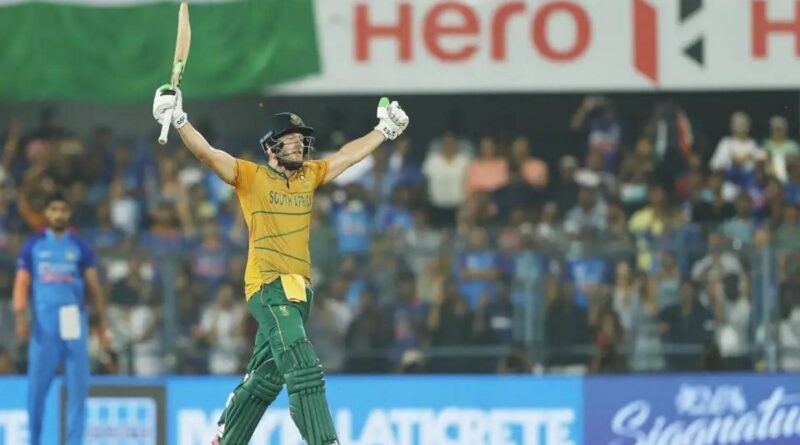 India beat South Africa by 16 runs in yesterday’s (October 2) T20I match at the Barsapara Cricket Stadium in Guwahati. With the victory, the Men in Blue clinched the three-match series by taking an unassailable 2-0 lead.

South Africa overcame a poor start, courtesy of a sensational unbeaten 174-run stand for the fourth wicket between David Miller (106* off 47) and Quinton de Kock (69* off 48). However, the Proteas were always behind in the chase and despite some terrific striking from the duo, Miller, in particular, ended up on 221 for three.

Chasing a massive target of 238, South Africa got off to a disastrous start, losing skipper Temba Bavuma (0) and Rilee Rossouw (0) in the second over of their innings.

The Proteas captain’s horror run with the willow continued as he miscued a length ball from Arshdeep Singh to mid-off. In the same over, Rossouw mistimed a pull and was caught by Dinesh Karthik, who juggled the ball but completed the catch on the third attempt.

After a floodlight failure in the third over halted play, South Africa returned to the field with positive intent. Aiden Markram, in particular, was aggressive, crunching four fours and a six. However, Axar Patel got the better of him for 33 off 19 balls. The right-handed batter was bowled as he attempted an inside-out drive, but was beaten by the spin.

Miller came in and batted in his IPL avatar, blasting his way to 50 off 25 balls. The left-hander offered half a chance in the eighth over as he smashed one back at Ravichandran Ashwin. The ball was struck very hard, though, and burst through the bowler’s hands.

In Ashwin’s last over, the 12th of the innings, Miller crunched him for two sixes and a four. After launching a free hit from Arshdeep for a maximum, he reached his fifty with a single off the next ball.

Even as Miller raced to his half-century, De Kock struggled his way to 32 off 33 balls. The South African opener finally broke free in the 15th over, clubbing Axar for 6,6 and 4 off consecutive deliveries.

Despite the big hits, South Africa went into the last five overs needing 95 runs for victory. Miller and De Kock kept attacking, but it was a mission-impossible kind of situation. Still, there was something to cheer for the Proteas as Miller brought up a sensational 46-ball hundred with back-to-back sixes off Axar in the last over.

While India won the game, Arshdeep (2/62) got a taste of how tough it can be to bowl at the death against dangerous stroke-makers. Miller went after him with full might as 26 runs came off the penultimate over.

Twenty runs came off the last over as well. De Kock launched the final delivery of the game over the ropes as the match ended in rather bizarre fashion.

Suryakumar, Rahul and Kohli played excellent knocks as India put up an imposing 237 for three in their 20 overs. In what was a complete batting performance, skipper Rohit Sharma contributed a sedate 43 off 37, while Dinesh Karthik (17* off 7) again did a fine finishing job. For South Africa, Keshav Maharaj (2/23) was the only bowler to escape the onslaught from India’s batters.

India’s innings began in impressive fashion as Rahul smacked the first ball from Kagiso Rabada, a short and wide delivery, past point for a boundary. Rohit and Rahul then combined to take 15 off the next over from Wayne Parnell. The big hits kept flowing with ease as the hosts reached 57/0 at the end of the powerplay.

When Anrich Nortje was introduced in the next over, Rahul flicked a six over deep square leg. A snake stopped play at the start of the eighth over, but India’s momentum wasn’t halted. Twenty-one runs came off the ninth over bowled by Nortje as both openers moved into the 40s. The fine opening stand was finally broken when Rohit mistimed a slog sweep off Maharaj to deep midwicket.

Rahul reached his 50 off 24 balls, lofting Aiden Markram for a maximum over long on. His fine innings ended when he was trapped lbw by Maharaj as he missed his sweep. Suryakumar, however, came in and went berserk. He took on Rabada in the 15th over, thumping him for two sixes and as many fours. A four and six off Lungi Ngidi followed in the next over as Suryakumar raced into the 40s.

The in-form batter reached his fifty off 18 balls in terrific fashion, guiding a waist-high full toss from Parnell for another maximum. Kohli followed it up with another six and two fours as 23 runs came off the 17th over.

A mix-up between Kohli and Suryakumar led to the latter’s dismissal at the start of the 19th over. However, Karthik struck two sixes and a four to ensure India ended their innings on a high.

Suryakumar excelled with the bat again, clobbering 61 in only 22 balls. He completely dominated the Proteas bowling. Rahul scored an aggressive fifty at the top.

For South Africa, Miller scored an outstanding hundred in a losing cause. De Kock overcame a slow start to end with an impressive score. In a match where most bowlers went for plenty, Maharaj stood out with two for 23.

Opener Rahul was named the Player of the Match for his terrific half-century. 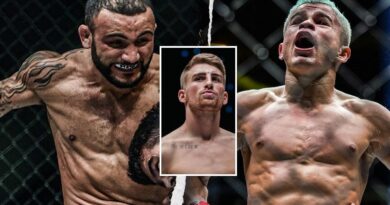 “Could be the key to victory” – Jonathan Haggerty picks John Lineker vs. Fabricio Andrade winner 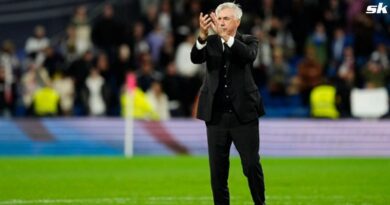 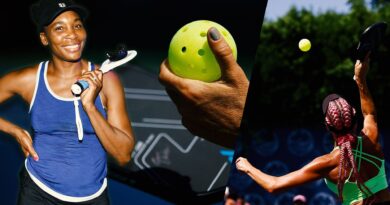