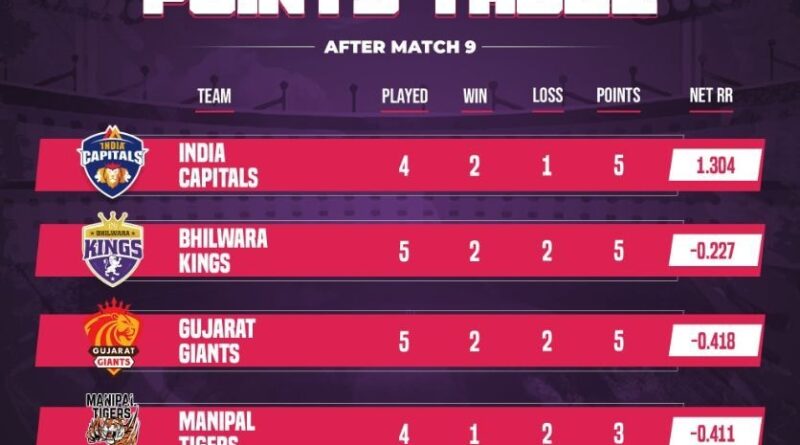 After being asked to bat first, contributions from Morne van Wyk (50), William Porterfield (54), and Jesal Karia (43) helped the Kings post a mammoth 222 on the board. The Giants faltered in the chase. Yashpal Singh came lower down the order and scored 57 but it wasn’t enough as they were knocked over on 165, losing the game by 57 runs.

With this big win over the Giants, the Bhilwara Kings have moved into the second spot. They have boosted their net run-rate to -0.227. They pip the Giants, who sit below the Kings due to a poor net run-rate of -0.418. Both sides have won two games each and will look to move ahead the next time they take the field.

India Capitals continue to top the Legends League Cricket 2022 table. They also have five points under their belt but have a healthy net run-rate of 1.304. They will be hoping to stay at the top of the table and seal a berth in the knockout stages of the competition.

The Manipal Tigers are placed at the bottom of the table. They have managed to win just one game out of four and have three points to their name after one fixture was washed out due to rain. They will have to bring their A-game as they have a net run-rate of -0.411 and will need something special to make it to the playoffs.

The 10th match of the Legends League Cricket 2022 will see India Capitals take on the Manipal Tigers at the Barabati Stadium in Cuttack. The Capitals are the table-toppers whereas the Tigers are placed at the bottom of the table.

The Capitals will look to retain their top spot whereas the Tigers will be hoping to grab a crucial two points going ahead in the competition. The Tigers will hope to fire in unison and challenge the upbeat Capitals on Thursday. 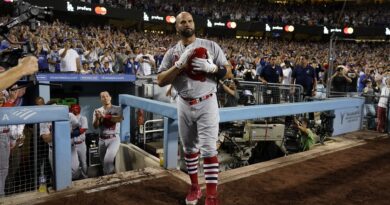 “I believe that if you write a book it cannot be as perfect as this story” – St. Louis Cardinals legend Albert Pujols could not imagine a more perfect way to reach the 700 home run milestone 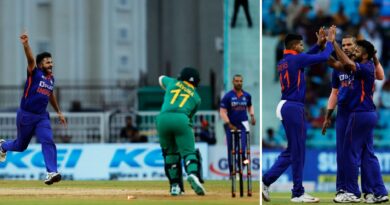 IND vs SA 2022: [Watch] Shardul Thakur rattles Temba Bavuma’s stumps with a peach of a delivery

“I didn’t talk to Coach much this summer, either” – Devin Booker clarifies media on current Suns’ player-coach situation, says spending time with family restricted their talking with coach