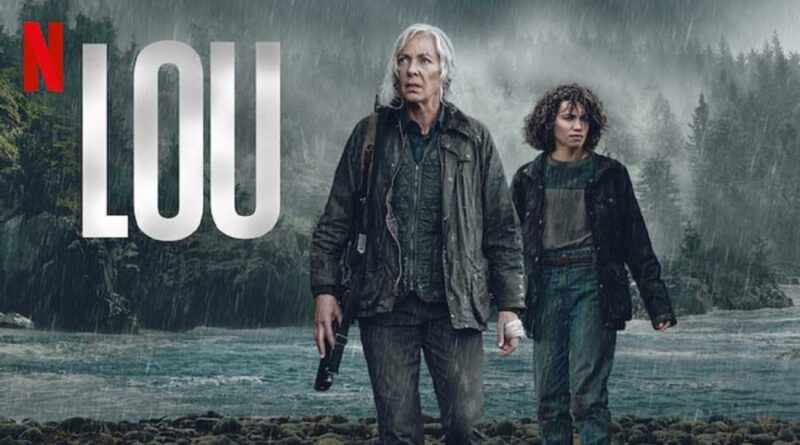 Not quite the female action movie that it could have been

In recent years, Liam Neeson and Bob Odenkirk have proven to the world that action heroes don’t have to be young and muscular. There is room for the older generation too and in Lou, it’s time for Alison Janney to showcase her ability to kick ass in front of the camera.

She stars as the titular character, a retiree living in a forest cabin on an isolated island, who is hiding there for reasons that are initially kept hidden. As the movie begins, it becomes clear that she has no interest in remaining alive. After withdrawing all of her money from her bank account, she writes a letter to her neighbour Hannah (Jurnee Smollett) and then sits down with a shotgun placed beneath her chin. She obviously intends to kill herself but before she can pull the trigger, a panicked Hannah arrives at Lou’s home with a request for help.

Hannah’s daughter Vee (Ridley Asha Bateman) has been abducted by Phillip (Logan Marshall-Green), her abusive ex-husband, and she wants Lou to use her tracking skills to hunt him down. Lou agrees, not only because she has found a renewed purpose to live but because she has other reasons to help Hannah that don’t become clear until later in the movie.

Lou, with the help of her dog Jax, and Hannah, go off into the forest in search of Phillip and Vee, a task made difficult by the storm that has hit the island.

This first section of the movie is relatively exciting as the group fight for survival in their battle against the elements. Director Anna Foerster handles these nail-biting scenes well and evidences her future ability to direct a disaster movie in the vein of Twister and Hard Rain if she is ever called upon to do so.

After Lou and Hannah nearly lose their lives to the heavy rainfall and rising flood waters, they arrive at a cabin which is inhabited by two men who work for Phillip. While Hannah stays behind, Lou approaches the cabin and pretends to be a frail old woman who has lost her way. The men are initially suspicious of her but just as they let their guard down, Lou uses a pan of hot soup and the sharp end of a tin can to take them down. Watching Janney topple these heavies is a cathartic delight but sadly, this is where the fun stops.

As the movie progresses from the bloody encounter in the cabin, there is a distinct lack of action during the rest of the running time. Instead, we get a middle act that is bogged down with exposition about Lou’s secretive past and her connection to Phillip and Hannah. This does much to derail the movie as it then becomes a twisty thriller with domestic elements instead of the action-packed thrill-ride that it initially appeared to be. There is one further fight scene during the climax but this is diluted by the surprising (and invasive) plot turns that happened before.

There’s nothing wrong with a movie that throws up a few twists and turns of course, but in Lou, they come across as slightly implausible. With a stronger script and a fleshed-out backstory for Lou, it would have been easier to buy into the plotting of the movie. But as we are only given the basics about her character and her relationship to Hannah and Phillip, the story becomes a bit of a jumbled mess. Things never really improve, so while Janney is still fun to watch as the misanthropic retiree with a knack for throwing cutting remarks as well as bruising punches, the rest of the movie becomes a lot less interesting.

As such, Lou is something of a missed opportunity. The actors all give good performances but they are under-served by the complicated script. If this was simply a movie about a retiree kicking bad guy butt during a one-woman mission to rescue an abducted girl, it would have been a lot more fun. Janny certainly has what it takes to convince as an older action hero so it can be considered a massive shame that she wasn’t given many opportunities to focus on this side of her character.

It might be that a sequel rights this movie’s wrongs. The ending certainly sets itself up for a follow-on movie, so if it is ever given the green light, I hope the screenwriters give us the female equivalent of Taken that Lou initially appeared to be. It could even co-star Judi Dench as a malevolent villain and feature a climatic showdown with her and Lou pummeling one another into submission. That would be a good movie and far better than what we have been given here, which is a letdown for both Janney and the movie’s audience. 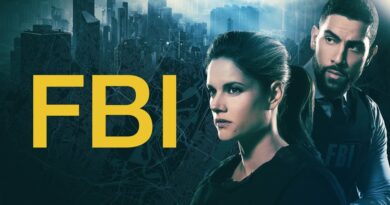