Pakistan keeper-batter Kamran Akmal disagreed with a suggestion that opener Mohammad Rizwan should bat lower down the order to strengthen the batting department. He stated that the right-hander is at his best at the top, but urged the batter to work on his strike rate.

Rizwan was the leading run-getter in the Asia Cup in the UAE, with 281 runs in six matches at an average of 56.20. However, question marks were raised about his strike rate – 117.57.

Pakistan reached the final of the tournament, but failed to lift the title as their middle-order came a cropper. Asked if the team could benefit by separating the opening pair of Babar Azam and Rizwan, Akmal told Cricket Pakistan:

“Rizwan does not fit in the middle-order in T20Is, he will be wasted. He is best utilized when he opens.”

The 40-year-old, however, agreed with the observation that the keeper-batter did not score quickly enough in the Asia Cup. Asked for views on Rizwan’s strike rate, he admitted:

“No doubt, he has performed well. He is the second Pakistan batter to have notched up a T20I hundred. But yes, he played slowly. If he has scored 280-odd runs, then he has also faced some 240 balls. As per modern standards, it was not the right way to play.”

Acknowledging that there was pressure on Rizwan since the batting from the rest wasn’t up to the mark, Akmal added:

“Their batting line-up wasn’t in form. Babar Azam was getting out early and it was exposing the line-up. Rizwan had to hold one end up, but being a professional and being a vice-captain, I think he could have done better. He has that ability for sure.”

Rizwan has continued his good form in the ongoing home T20I series against England. In three matches so far, he has produced scores of 68, 88* and 8.

Speaking about Rizwan’s inability to break free during the Asia Cup, Akmal questioned what the coaches were doing, though it was clear that opponents were targeting the batter’s weak areas. He elaborated:

“In Asia Cup, teams knew Mohammad Rizwan is weak on offside, but who are responsible for bringing betterment, and why are there six coaches in the support staff? They should tell what they are doing. International teams analyze and work on it; they don’t just sit with an empty mind in the dressing room.”

“Why are there so many coaches in support staff, they should tell what they are doing”

“Why are there so many coaches in support staff, they should tell what they are doing”Kamran Akmal slams team management for sitting in dressing room with empty mind and not working on players’ shortcomingsRead more: bit.ly/3UvOv3M#PAKvENG #PakistanCricket https://t.co/y6px1c6yQT

Rizwan scored 55 in the Asia Cup final, but his knock came off 49 deliveries. Chasing 171, Pakistan eventually folded up for 147. 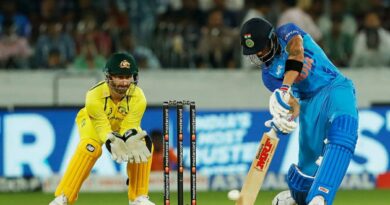 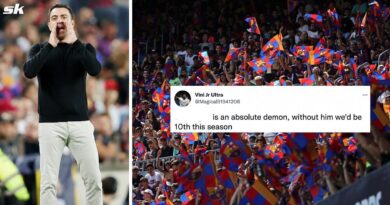 “The apology better be as loud as the disrespect”, “Without him, we’d be 10th this season” – Barcelona fans hail player as the ‘world’s best’ for his outrageous display in 1-0 Celta Vigo win 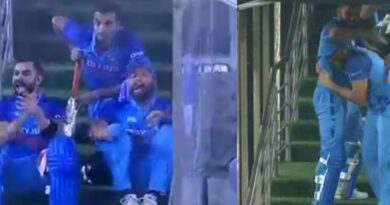