Episode 1 of Monster: The Jeffrey Dahmer Story opens with the infamous serial killer Jeffery Dahmer’s neighbor glued to the television. She finds out that five Caucasian cops beat an African American officer who was on an undercover mission. She sympathizes with the situation and appears to be genuinely upset by the current events and racial prejudice.

The episode quickly shifts to what’s happening in Dahmer’s apartment after she hears some sort of drilling noise from there. He can be seen cleaning blood off a saw. He has been found washing the saw in a carefree manner similar to how one would wash dishes. One can’t help but wonder, who has he killed? Whose blood is that? And why is he dealing with it so casually?

Dahmer leaves his apartment. On his way out he is questioned about a nasty odour coming from his apartment by his neighbour, the woman we previously met. Jeff makes excuses claiming that his fish died, some of his meat went bad, and many other things, but it appears that she is aware of the absurdity of his explanations.

While addressing her inquiries, he comes across as being incredibly carefree. However, you get the feeling that something is seriously strange given that we are, of course, watching a show about a mass murderer and in addition to that, he seems a little too laid-back about everything.

A flyer for Oliver Lacy, a missing man, can be seen as Jeff exits the building. Does Jeff have anything to do with this? Did he murder him?

Jeff is spotted walking into a gay club. He asks a man if he can buy him a drink. We quickly discover that Jeff had previously asked two of the men there if he could buy them drinks and then simply left things as they were. He responds, “Tonight I’m a man of action” when they inquire as to why he didn’t act earlier and if he won’t this time either. He then offers them $50 in exchange for taking a nude picture of them, claiming it’s an artistic practice

One of the guys accedes to his request, but the other two reject. The other guys warn the third subtly, saying he’s crazy for agreeing, but he still says yes anyway.

The man follows Jeffrey to his apartment, believing that they are going for a nude photoshoot. After asking about the smell in his apartment, Jeffrey explains that he likes pork chops and that his family sent him a lot but they went bad. Jeffrey locks the door.

The man pleads with Jeffrey to open the window so the smell can dissipate but he refuses, claiming he doesn’t like outside sounds.

Jeff offers the man an alternative and explains that he has an air conditioner and that he can use it to get rid of the odor. The man appears startled as his focus shifts to a Satanic Bible that is kept on Jeff’s desk. He is certain at this point that something is completely off base and that he needs to leave immediately.

Jeffrey offers him a drink, but he notices something floating in it right away. Jeff misleads him by claiming that it is dish soap, but the man doesn’t buy his excuse. He leaves the drink and tries to leave, but Jeff stops him. He leads him to his bedroom and promises to turn on the air conditioning. The man initially gets upset, but after Jeff gently prods him, he begrudgingly agrees.

The man is shown a dead fish in Jeff’s tank, and Jeffrey explains that he keeps two fighting fishes even though they shouldn’t be kept together because he enjoys watching them fight and eventually die. Here, we get a glimpse into his deranged psyche. He handcuffs the man and makes an effort to frighten him, taking pleasure in provoking fear in his victims.

Jeff forbids the man from leaving. Instead, he coerces him into watching a scary movie together, and despite his best efforts to remain composed, the man starts to cry. Despite his protests, Jeff forces him to continue watching the movie.

Jeffrey leans on the man’s chest and tells him that he wants to hear his pounding heart. Jeff tells him he wants to eat his heart while listening to his heartbeat. Now the man is absolutely terrified, but he does manage to trick Jeff and get away. The neighbour sees the man attempting to flee and immediately shuts her door. Jeffrey decides to stay behind instead of chasing him.

The man, who had taken his shirt off for the photo shoot, runs as quickly as he can in the meantime. As he runs for his life, he screams for aid. Fortunately, he makes contact with a police vehicle, and he tells the officers everything that unfolded at Jeff’s apartment. The cops initially approach him suspiciously, presumably because he is African American, but after listening they take him to Jeff’s apartment to clarify all the claims he has made against Jeff.

When questioned about why he handcuffed the man, Jeff responds saying it is a homosexual matter. While Jeff looks for the keys, the policemen ask if they can enter. There is nothing Jeff can do but let them in. The policemen are informed by Jeff that the key is in his bedroom. While he looks for the key in Jeff’s room, the policeman instructs him to stand with the other officer. It’s here he discovers portraits of several of the people Jeff killed.

The man is glad that Jeff is arrested and being taken into custody right away. As a result of Jeff’s race, the neighbor claims that despite her complaints to the police about strange noises and odours, they ignored her repeatedly.

The police immediately dial Jeff’s parents. When his father is questioned by the police, we find out that Jeff is a child of divorce and that he had undergone a major character change as a result of his hernia operation. When the police tell Jeff’s father about his alleged killings, attempted murder, and possible cannibalism, his father is visibly shaken and extremely disappointed in his son. The police then give him some time to process everything they’ve told him.

The residents of Jeff’s building are instructed to leave their homes cautiously for safety reasons. The neighbour we met earlier initially stresses that she doesn’t really know where to go. She doesn’t appear to have a choice in the situation. Without receiving a response to her question about how many people Jeff killed, the chapter ends on that note that raises the question – how many people did Jeffrey Dahmer kill?

The first episode perfectly sets the ominous mood and prepares the audience for what is to come. The episode’s setting, the actors’ performances, and the issues it addresses are all of the highest calibre.

There’s an undercurrent of racism here too, in addition to the serial killer’s cruel actions, which serve as the main theme. Although it’s a significant topic overall, it seems a little out of place in this episode.

How many people did Jeffrey Dahmer kill though? This is the final question posed in the episode, compelling viewers to continue watching and seek out the answers. 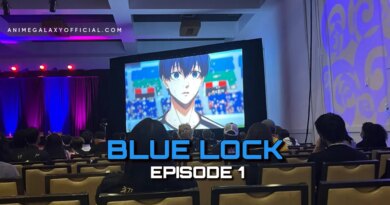 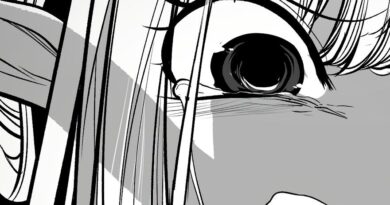 When Will What Happens Inside The Dungeon Chapter 96 Release Date ?