Episode 2 of Dahmer begins on an unsettling note as reporters inform the audience about numerous bodies discovered in Dahmer’s apartment. One of the reporters tells the audience that Dahmer was a convicted sex offender who was released on parole. It’s certainly odd that the police didn’t question or doubt him.

During interrogation, when asked if he wants to call anyone, Dahmer replies that he wants to call his father. He promises to be honest and open with them while speaking in the presence of an attorney. “Why did you kill all these men?” and “Why did you keep them?” were the questions that were posed to him during the interrogation. Was he propelled by instinct? Was there a trauma of some kind that made him the way he is? Let’s find out.

We are taken back to when he was a young boy, to his childhood. We get a glimpse of Jeff’s background, the type of family he comes from, and his experiences growing up.

One day as Jeff returns home from school, he passes a room with a baby crying in it and discovers his mother overdosing on drugs. This image speaks for itself. A child who is in the second grade dealing with a parent who takes drugs; he witnessed her overdosing at that age.

Jeff calls the ambulance and seeks assistance right away. Here, we realize that he probably wasn’t always emotionless. It appears that he did care for his mother. You can’t help but wonder: Is he capable of caring? Was he always heartless? and if not where did it all go wrong?

Jeff’s father rushes to the house while his mother is being taken to the hospital. His father doesn’t seem to care about his wife. He concludes that the overdosing was orchestrated.

Jeff doesn’t seem to be very attached to his mother in this situation. He doesn’t appear to be crying, afraid, or showing any other signs of worry. His father later appears and tells him that he did a good job by calling the ambulance. He stands back and watches his mother being taken away. From what we’ve seen up to this point, we can infer that his mother neglected him, uses drugs, and fights frequently with his father.

In front of his son, Jeff’s father tells the ambulance personnel that his wife is just pretending after it is determined that she attempted suicide. He is utterly indifferent to how delicate the situation is. Being young and impressionable, Dahmer’s environment is very strenuous. Jeff’s parents have an unhealthy relationship that is marked by frequent fights and arguments, and to make matters worse, neither of them makes any effort to keep this from Jeff. Instead, they both neglect him.

Another significant event that appears to have shaped his life was when, as a kid, he gave his teacher tadpoles, probably out of admiration or perhaps because, like some young boys, he was infatuated with her. But when Jeff learns that his teacher has given the tadpoles to a different student, he becomes furious and snaps. The tadpoles are taken from the students’ home by Jeff, who kills them.

A dead animal was once found outside Jeff’s house too, and his dad had to dispose of it because it left a bad odor. We learn along the way that Jeff finds dead animals fascinating. Jeff’s father educates him about the animal’s brain  as it piques Jeff’s interest, and the two of them end up connecting over it. His father emphasizes the animal’s heart while discussing the animal’s body parts.

When Jeff is shown the heart, it appears to have seized Jeff’s attention. This can be seen as a parallel to the first episode, where we discover the victims’ hearts in Jeff’s refrigerator. It’s possible that this innocent bonding experience he had with his father over the body parts of dead animals led to him going one step further and finding solace in keeping actual human body parts, especially hearts.

Among the early indicators of serial killers is that they enjoy killing animals when they’re young. Animal torture is something they derive great pleasure in. When Jeff kills the tadpoles without feeling guilty and later becomes fascinated with dissecting animals, we can see this instinct in action.

We observe Jeff’s mother pointing a knife at his father. Of course, she didn’t mean to use it, but she does threaten him. In the first episode, Jeff uses a knife to threaten the young boy who he nearly killed. It continues to show that he adopted this habit from his mother. Kids imitate their parents, and it’s fascinating to see this play out in Jeff’s case.

A brief period of Dahmer’s adolescence is shown as well. He works in a meat shop and is completely fascinated with cutting meat; in fact, he enjoys it so much that he extends his working hours.

Considering the conversation Jeff had with his father on call, it seems that Jeff served in the army for a while. His father goes on to ask him if he has a girlfriend and if he meets girls; he says that he doesn’t, which makes sense given that we already know he’s gay from the first episode. When he asks his father to let him come home, his father disappoints him once more. Instead, he is dropped off at his grandmother’s house.

When he moves in with his grandmother, he works at another butcher shop. He goes to a store to buy a white dress shirt after learning that he must wear one to the meat shop. After making his purchase, he hides in what appears to be a changing room and waits until everyone has left. He then steals a male-looking mannequin from the store before leaving for his grandmother’s house. He places the mannequin on his bed and makes out with it. His fascination with the body seems to be quite intense. Many children, especially girls, like to play with dolls. One could argue that he is carrying his childhood source of comfort into adulthood.

Jeff making out with a mannequin could be interpreted as an early indicator of necrophilia. He seems to also have Objectophilia, a paraphilic disorder in which there is a strong sexual or romantic attraction to specific inanimate objects.

As he passes his grandmother on his way out of the house, Jeff asks her not to go into his room. He admits that he enjoys making his own bed. As he leaves, his grandmother peeks into his room out of curiosity and discovers a dead body underneath his sheets. The scene is then cut. Who has he killed? Did he also murder his grandmother to get away with his crime?

Jeff appears to be an adult in 1991, which is most likely close to the present timeline. He is sitting next to a corpse that is on his bed. He departs and makes his way to a liquor store. He entices high school boys nearby, promising to buy them alcohol because they are unable to do so on their own. His only request is that they join him at his home for a party. He also offers money, but all the kids reject it. Sadly, one kid succumbs to his ruse and follows.

Jeff takes the kid home and serves him alcohol. The child knows that Jeff assaulted his brother, as we later learn, but he still goes with Jeff because he needs the money. Jeff tricks him and mixes some pills in his drink. The boy partially loses consciousness after he is forced to drink.

Jeff leaves the building, probably to get some equipment to use on him. When the boy regains consciousness, he tries to leave the building, but he’s not in a decent state of mind. He attempts to flee the building while naked.

The same neighbor we met in the first episode along with her daughter attempt to assist the boy as he tries to escape. They try to call the police but Jeff returns just as the cops arrive, and he tricks the officers into thinking that the kid is his boyfriend. He makes up the kids’ age and claims that he’s an adult. It is simpler for Jeff to lie because the kid has a good built and doesn’t look like a high schooler. Despite the neighbor’s best efforts to convey the seriousness of the situation to the police, they are easily duped. Jeff appears to have an advantage because he is Caucasian.

As the police leave, the next-door neighbor hears a drilling noise coming from Jeff’s apartment. It is quite possible that Jeff tortured and killed the boy.

The episode begins on a disturbing note as the reporter notifies the audience about Dahmer’s terrible actions. The scene where he finally sees his father is then shown, and it does elicit necessary emotions. It’s incredibly fascinating how they connect the dots between his present-day behavior and his early life. It’s terrific when one can’t help but think, “Oh, he did this in the previous episode, and now I see why”.

The episode showcases that the environment played a major role in him turning into a serial killer. Additionally, it is a relief to see them not skip showing his formative childhood years, which are extremely crucial in shaping an individual’s personality. The writers of the show are wise as they avoid simply blaming biological factors for his actions and they don’t take the easy way out. Biology is undoubtedly a crucial factor, but the environment is just as important, and they seem to understand that and put the point across really well.

The actors do a fantastic job in their roles too, especially our protagonist… who is also the antagonist. The way his neighbor expresses complex emotions like anger, fear, doubt, etc. is also outstanding. The setting is spectacular and perfectly complements the storyline. The story’s pace is also pitch perfect, gradually revealing details that are likely to be revealed nicely over the coming chapters. 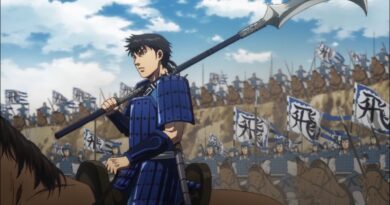 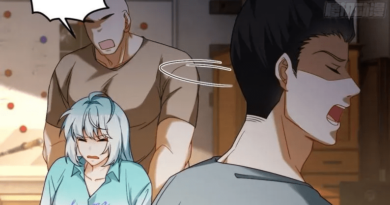 When Will The Immortal Emperor Luo Wuji Has Returned chapter 167 Release Date ?