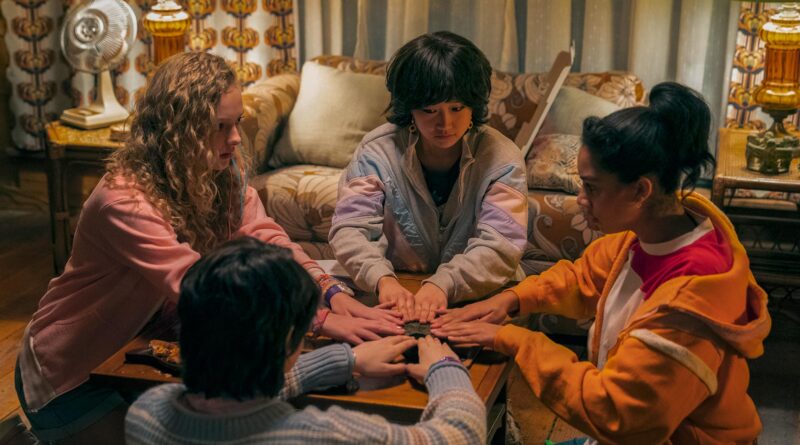 Based on the novel by Grady Hendrix and directed by Damon Thomas (Killing Eve), My Best Friend’s Exorcism combines 80s nostalgia, high school drama, and demonic possession for a unique horror-comedy blend.

The film stars Elsie Fisher (Eighth Grade) as Abby Rivers, a self-conscious teenager who will do anything for her best friend Gretchen Lang (Amiah Miller)–even if that means saving her from actual demon possession.

How does Gretchen become possessed?

Abby and Gretchen are best friends. “LYLAS,” they tell each other each time they part. That is, “Love you like a sister.” Soon, they’ll part indefinitely: Gretchen’s family is moving two states over, so Gretchen will finish high school in another place.

Luckily (or so it seems) for the friends, they get to have a weekend getaway with their friends Margaret Chisolm (Rachel Ogechi Kanu) and Glee Tanaka (Cathy Ang) at a secluded cabin before Gretchen goes away.

After taking acid given to them by Margaret’s boyfriend Wally (Clayton Royal Johnson), Gretchen and Abby decide to take a walk at night. They eventually come across a secluded shed, and Gretchen beckons a hesitant Abby inside. But something inside scares both girls, and they run. Gretchen trips, but Abby keeps running, hearing Gretchen’s voice tell her she’s right behind her.

But it’s a trick. The real Gretchen is still in the shed. And she’s pulled away by something off-screen.

When Abby realizes her friend isn’t with her, she gathers Margaret and Glee to help her find their friend. And they do find her–back in the shed, alone. “Where did you go?” Gretchen asks Abby in an accusatory voice. Just earlier that day, she had promised to never abandon her.

Does Gretchen kill any of her friends?

After this incident, Gretchen isn’t the same. She stops showering, she digs into her own skin, her lips are cracked and dry. She acts differently as well.

At first, she just seems depressed–like she had a bad acid trip. But eventually, the demon takes over more fully. She gives dangerous “diet shakes” to Margaret, causing her to nearly starve herself to death. Then, she steals Margaret’s boyfriend. She gives Glee a nut-filled brownie, causing her to have a severe allergic reaction. She insults and embarrasses Abby in front of all their classmates.

Fortunately, neither Margaret nor Glee die from Gretchen’s scheme, but both are rushed to the hospital for critical care.

It’s Abby who figures out through Gretchen’s notebook, and by returning to the abandoned shed, that something sinister is going on with her friend. And she is going to need some help to save her. 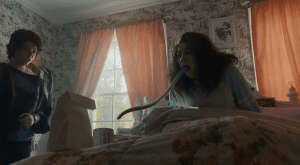 How does Abby save Gretchen from András?

Abby goes to religious exercise guru Christian Lemon (Christopher Lowell) for help. A few weeks ago, the Lemon brothers performed (their gimmick is “weight lifting for Jesus”) for Abby’s high school. During the performance, Abby noticed how off-put Christian was by Gretchen’s demeanor.

So now, she tracks him down and asks him what he knows. Christian tells her that Gretchen is possessed by a demon. He’s willing to help by performing an exorcism, but he warns her: It won’t be easy.

Abby is able to break into Gretchen’s house and drug her. She and Christian then tie her up in a bed at Margaret’s family’s vacation cabin. Christian torments the demon by invoking the name of God and throwing holy water onto Gretchen. Eventually, the demon gives up its name: András. But Abby already knew this. The name “András” was painted on the wall of the shed where Gretchen was first possessed.

Christian continues his efforts to exorcize András, but the demon presents him with a challenge when it morphs into the form of Christian’s dead mother. This is too much for him. He runs, leaving Abby to deal with the situation on her own.

Gretchen escapes from her ties and fights Abby, who has no idea how to exorcise a demon “in the name of Jesus.” She’s Jewish, for one.

So, Abby tries something else. She invokes the power of her friendship with Gretchen. After listing different things that connect herself and Gretchen, she tells her best friend that she loves her. András finally comes spewing out of Gretchen, and Abby lights the demon on fire. What did the letters “MIN” on the Ouija board mean?

Before Abby and Gretchen find the shed, they jokingly mess with an Ouija board that Margaret pulls out.

Together, the girls put their hands on the board and ask any spirits present to guide them. Their hands start to move, but the girls think Margaret is messing with them.

They spell out the letters “M-I-N” before stopping their experiment and laughing it off. But this likely was András trying to speak with them. “Mine,” he later says repeatedly of Gretchen. “M-I-N-E,” the Ouija board would have spelled.

How does ‘My Best Friend’s Exorcism’ end?

It wasn’t scripture and crosses that saved Gretchen from András, but Abby’s friendship. And now, their friendship can prevail. 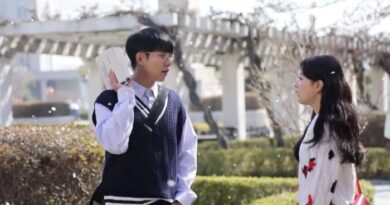 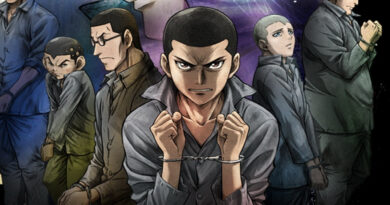