French journalist Loic Tanzi has played down claims that Christopher Nkunku had undergone a medical for Chelsea, claiming that his appointment had nothing to do with his rumored transfer. According to the L’Equipe journalist, the Frenchman was only at the medical facility because of his insurance contract.

On Thursday (September 29), German outlet BILD claimed that the RB Leipzig star had completed a secret medical for the Blues in Frankfurt in August (via Chelsea Transfer Room). Multiple sources have since confirmed the report, with sources claiming that the transfer could be finalized in the summer of 2023.

As per BILD, I can confirm Christopher Nkunku underwent a medical in Frankfurt for Chelsea back in August. His release cause comes into force next summer. It’s set at £58.2m, which is actually below his current market value.

As per BILD, I can confirm Christopher Nkunku underwent a medical in Frankfurt for Chelsea back in August. His release cause comes into force next summer. It’s set at £58.2m, which is actually below his current market value.

Tanzi, however, has debunked the claim, insisting that the player was only at the facility for an insurance contract formality. His tweet (translated to English read):

“Christopher Nkunku has not had a medical visit with Chelsea. He was in Frankfurt for medical appointments related to an insurance contract. Nothing to do with a transfer to London.”

According to Chelsea Transfer Room, Nkunku went through a cardiological exam and an orthopedic exam in Frankfurt in August. The France international supposedly has a £58.2 million clause in his contract, which is set to come into effect next summer. This could explain why the west Londoners did not push hard for him in the 2022 summer transfer window.

Christopher Nkunku could be an excellent addition to Chelsea

RB Leipzig ace Nkunku enjoyed a blistering 2021-22 campaign. The French striker, who’s not only a lethal goalscorer but also an adept creator, appeared in 52 games for Leipzig last season, recording a whopping 35 goals and 22 assists. He has enjoyed a strong start to the 2022-23 season as well, scoring six times and claiming an assist in 11 games across competitions.

Having sold Timo Werner to RB Leipzig and loaned out Romelu Lukaku to Inter Milan, the Blues are currently lacking options up top. Kai Havertz has struggled to operate as a lone forward and Christian Pulisic has not proven himself to be any better. Even if Lukaku returns to the club next summer (after loan), the Stamford Bridge unit could use a center-forward who can score as well as create.

Christopher Nkunku had a medical with Chelsea, confirmed as called by @BILD. ???????? #CFCChelsea sent long term contract bid to Nkunku to prepare the deal for 2023.It’s not done yet, as Chelsea & RB Leipzig will speak about fee: €60m release clause, or different deal structure. https://t.co/645YGNjsCc

Additionally, if Nkunku’s release clause goes live next summer, Graham Potter’s side would not have to break the bank to sign the player. The Premier League giants would hope that their target does not make things difficult by signing a new contract this season. The former Paris Saint-Germain forward’s current deal expires in June 2026. 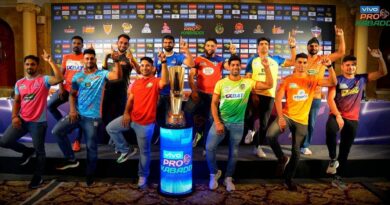 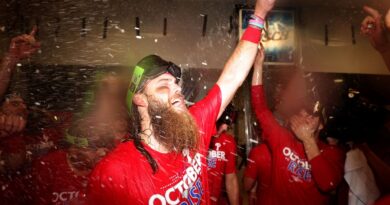 “I won’t be sleeping tonight” “Goodbye St. Louis!” – Philadelphia Phillies fans fired up as team knocks out the St. Louis Cardinals to advance to the National League Division Series 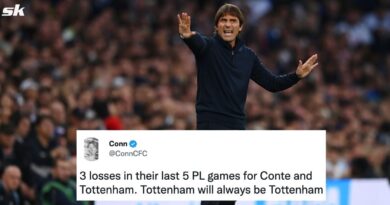