A study outlining the U.S. government’s advances in space and the challenges it confronts, including a new space race with China, has been issued.

The Defense Innovation Unit, the United States Space Force, and the Air Force Research Laboratory jointly published the 2022 State of the Space Industrial Base Report. It represents the opinions of 350 business professionals on a range of subjects, including the habitation and economic growth of space, in-space logistics and transit, power and propulsion, and STEM education.

The Office of the Assistant Secretary of the Air Force for Space Acquisition and Integration released a statement from Colonel Eric J. Felt, director of Architecture, Science & Technology, stating that “industry feedback highlighted the need to accelerate to regain strategic leadership from China, as well as the specific actions that need to be taken.”

According to the article, the United States will participate in another space race in the future. China will be the adversary this time, though.

“For the United States, our allies, and our partners, winning the New Space Race is a national necessity and an essential aspect of maintaining liberty and prosperity in the twenty-first century. Democracy, the free market, and the global liberal order are immediately threatened by China’s development as an economic and space power “Reads the study.

“Xi Jinping’s “Space Dream” () is a long-term plan that galvanises a whole-of-nation approach toward a clear objective: replacing the U.S. as the preeminent space power both militarily and economically by 2045. This explains China’s numerous advances in space.

At the height of the Cold War, the United States and the Soviet Union engaged in the final space race. In a race to “conquer” space, the two nations were driven by fierce competition to advance space science and engineering quickly. The U.S. Apollo missions ultimately led to the 1969 lunar landing of the first humans.

This information was released at the same time that China launched a 23-ton Wentian research lab module on July 24 for use in the Tiangong space station’s biological and life science research. By 2030, China aspires to have humans on the Moon, replacing the International Space Station as the dominant force in space. The U.S. government now forbids NASA from sharing its ISS data with chaina

In the upcoming ten years, NASA also has plans for a brand-new Moon mission dubbed Artemis, but it wants to arrive before the Chinese. By 2024, Artemis is expected to complete a crewed voyage into lunar orbit, and by 2025, she will carry out a crewed landing close to the south pole of the moon.

“We send more than just our people and machines into space. It embodies our principles. We are what we do. Rule of law, democracy, respect for human rights, and a free market economy are some examples “CNN quoted Scott Pace, director of the Space Policy Institute at George Washington University. “I regard Artemis as a reflection of American principles, as is human space travel. It involves skillfully influencing this new area on which we rely.”

The U.S. side has consistently built a smear campaign against China’s legitimate and acceptable outer space initiatives, and China resolutely rejects such reckless statements, according to Zhao Lijian, a spokeswoman for the Chinese foreign ministry.

While the Moon is the present goal, some believe that a race to Mars will become the actual competition in the ensuing decades. 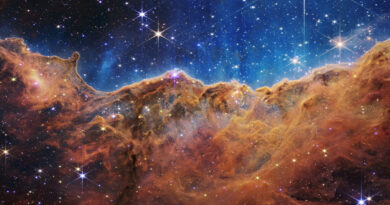