Reasonable Doubt is a soapy, melodramatic law drama that mixes in familial issues with a more straightforward legal plot. At the center of this is Jax Stewart, a woman with questionable ethics and her own interpretations of the law. She’s a brilliant and fearless defense attorney but has a pretty shady past.

Between a guy called Damon whom she has a “professional” relationship with, not to mention marital issues with partner Lewis, Jax also gets stuck into different cases, including a prolific murder for a woman called Kaleesha.

If you’ve been keeping up with Reasonable Doubt you’ll likely want to know the release date for the next episode.

Here is everything you need to know about Reasonable Doubt Season 1 Episode 3, including its release date, time and where you can watch it.

Where Can I Watch Reasonable Doubt?

New episodes of Reasonable Doubt will be released exclusively on Hulu for viewers in the US For those in the UK and Internationally, there are plans to release this one on Disney Hotstar but it seems only certain regions are receiving this one, which appears to include Australia and New Zealand.

Reasonable Doubt Season 1 Episode 3 will release on Hulu on Tuesday 4th October at approximately 12am ET. However, episodes could be delayed so if it’s not showing up then, it may be worth returning a few minutes later and refreshing!

Episode 3 is titled “99 Problems”, with subtitles available from release and will be roughly 48 minutes long.

How Many Episodes Will Reasonable Doubt Season 1 Have?

Reasonable Doubt Season 1 will have 9 episodes. The show released 2 episodes in its premier week and now releases 1 episode a week. With that in mind, there are 6 more episodes left to stream after episode 3 releases!

Is There a Trailer for Reasonable Doubt Season 1 ?

Yes, there is! You can find a trailer for Reasonable Doubt Season 1 below:

What Happened in Episode 2?

We’ve covered the entire episode with a lengthy recap that touches on all major plot points and discusses the chapter with an accompanying review. You can find that link below.

What do you hope to see as the series progresses? What’s been your favorite moment of Reasonable Doubt so far? Let us know in the comments below! The Empire Episode 13 Preview: Release Date, Time & Where To Watch 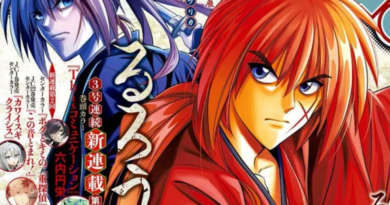