In episode 3 of Reboot Season 1, Hannah introduces Gordon to the writers she hired for the show before he came onto the scene: Janae, Benny, and Azmina.

They’re a young, diverse group–and Gordon doesn’t understand them or their sense of humour at all. So, he brings in writers his own age, who pitch jokes that, according to Hannah, are “too sitcom-y.”

Hannah eventually accepts that their writers–just like she and Gordon–have nothing in common. She says they were crazy to think it could work for them to make a show together. She packs up her stuff to leave and tells Gordon to do the show his way.

But on her way out, she trips and falls. Everyone laughs, and suddenly they’re all making jokes about the situation, meshing their senses of humour together and easily coming up with solutions for the script. Hannah goes back to her seat. They’re going to make this work.

Meanwhile, Zack tells Clay he knows about his relationship with Susan. But he warns him not to make their relationship casual. Once, his mom broke the windshield of a man who broke it off with her.

Clay desperately tries to avoid Susan after this. He even has someone pretend to be an HR representative to put an end to his relationship with Susan.

But Susan knows what Clay is doing, so Clay finally admits to her what Zack said. She then tells Clay something her son doesn’t understand. She likes to have sex. The windshield? It was broken during sex. She’s not mad that he doesn’t want a relationship because that’s not what she wants.

The two part ways, having pretended to break up for Zack’s sake. Zack then thanks Clay for being nice to his mom. He’s glad, at least, that Clay is still his TV dad. Clay, a little annoyed that he’s starting to care about this kid, invites Zack to get a burger with him.

Reed and Bree, meanwhile, prepare to do a scene where their characters will be in bed together. Reed checks to make sure she’ll be okay, considering their past. She assures him she’s fine.

But Bree actually is feeling vulnerable. She feels old and unsexy compared to the last time she did the show. Timberly overhears that Bree hasn’t been on a first date in 15 years and decides to take her out later.

Bree and Reed shoot the scene where they’re in bed. While Bree is okay, everyone teases Reed for getting overexcited.

He’s even confronted by HR. Apparently, him getting a hard-on in bed is “against company policy.” Bree teases him relentlessly for still having feelings for her.

Bree and Reed later film the scene again. But this time, when they kiss, Bree starts to cry.

Timberly jumps in and takes Bree out to a bar to comfort her. She asks her why she and Reed broke up. Bree answers that they made each other crazy. But kissing him did take her back to when she used to feel sexy and loved. She never had that in her marriage.

Timberly assures her that a lot of people in the crew are attracted to her. She encourages her to go home with someone in the bar. She is sexy–and she should feel that again.

Later that night, Reed calls Bree to check in. He tells her she was right. He was worried about whether he was going to feel that old spark. And he did. He also thought she felt something too.

She says she appreciates him saying that. But she assures him: she’s in a really good place right now.

She hangs up the phone and turns over in bed, where Timberly lies next to her.

Tension in the Step Right Up writers’ room is at an all-time high this episode, with some at-times apt commentary on differing generational approaches to comedy. It’s not really clear what the show is trying to say about this divide, however. That… we can come together no matter how great our differences? The resolution here feels as corny as what the young writers in the room were making fun of, and it confuses Reboot’s genre even more. Is it a sitcom? Is it a drama that tackles real problems?

The characters, at least, are becoming more compelling. Clay at times feels problematic in his instinctual actions and dishonest nature, but that also conflicts with his desire to do the right thing.

And the tension and Bree’s and Reed’s relationship is ramping up as well. They certainly have chemistry–but it doesn’t feel like such a bad thing that Bree refused him. Instead, she’s letting herself feel sexy again and opening herself up to new experiences. We want to believe her (and I do) when she tells Reed she finally feels she’s in a good place. 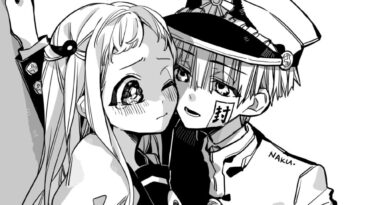 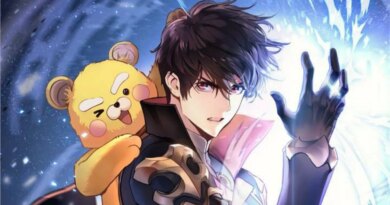