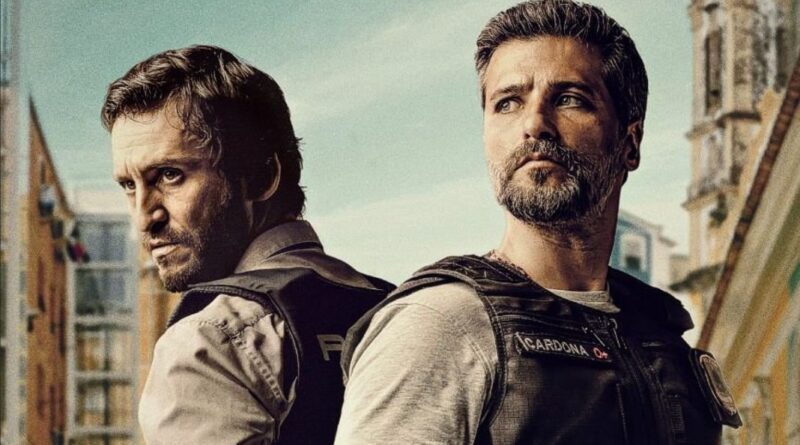 Santo is a crime-thriller set in both Spain and Brazil as two detectives from the respective countries are forced to work together to find and arrest a twisted drug lord who is fascinated with occult rituals. If you are not one for horrific and gruesome scenes, you should probably not watch this show. From the opening scene, viewers will realize that Santo is also fast-paced and if you blink you’ll miss something!

Agent Millán is a detective working at the Madrid police station and they get a case of murder and a kidnapping of an 8 year old boy named Mario. Off the bat, as the first episode progresses, Agent Millán is on the drug cartel’s pay book and he is playing both sides.

Over in Salvador, we meet Agent Cardona who is informing a family member about the death of a child. However, it gets worse; the kid was decapitated, his brains taken out and then cut into pieces before being thrown in the sea.

If you are wondering who does such sickening things to children, the answer is a faceless man named Santo. His signature is removing his victims’ brains for a ritual. Why does he do this? According to Agent Cardona, it is because “it is the worst thing he can do because it is scary. It hurts your soul just thinking about it.”

In his pursuit of Santo, Agent Cardona finds Barbara, who is said to be Santo’s mistress. He rescues her from being killed and tries to get her to talk. On their way to the attorney’s general office, Santo’s men try to get to Barbara, and this forces Agent Cardona to hide and take Barbara with him to a safe location.

At this point, why would Santo want to save a mere mistress who he left for dead? Didn’t any of these detectives find it strange that she has never seen his face but has been his mistress for over 3 years? All Santo had to do was wait for her to get imprisoned and kill her in prison, why all this hullabaloo?

Throughout the show, details of these inhumane rituals are shared or shown and if you have a weak stomach, kindly skip this one! Santo is a powerful man and he has eyes and ears everywhere. He is almost omnipresent and his brainwashed followers think he is with them. To them, Santo is almost like a god; a father who delivered them from a tough life, and they will kill and die for him no question asked. Santo makes his followers put an X mark on their eyelids and during the sacrifices he makes them drink human blood.

This show’s quick pace only works for episode 1 though. For the other episodes, it made it hard to keep up with the plot, and the changing of the timeline back and forth without letting the viewers know, makes for a very confusing watch. Many times you’ll think the scene is in the present, only to realize it’s actually a flashback to six months ago. It’s certainly a bad idea to mix up the timelines in such a web of confusion.

Santo also adds a few unnecessary storylines that don’t add much to the mystery they wanted to achieve. It’s draining to try and figure out how these plotlines fit in the story. The reveal of Santo doesn’t deliver the climactic effect viewers had hoped for. Given this was a big undertaking from Netflix, the show fails to live up to its potential. 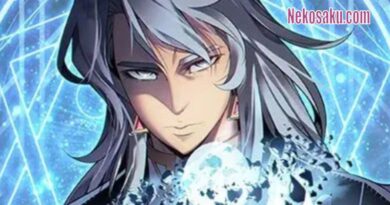 When Will The Great Mage Returns After 4000 Years Chapter 147 Release Date ?