Episode 6 of See Season 3 starts with Tamacti Jun believing the Witchfinders won’t be returning any time soon. He’s unaware of what Kane’s been playing, which is likely to cause all sorts of problems.

As they arrive to the palace, Tamacti Jun can smell blood and their worst fears are realized. Everyone has been slaughtered – and slaughtered by Witchfinders no less.

Maghra blames herself, and suggests they meet violence with violence of her own. And part of that comes from torturing the blacksmith, who eventually reveals where the Witchfinders are.

Maghra and Tamacti Jun shows up with a handful of soldiers and a fight breaks out between her group and a rabble of revels. She bests them, as she learns that Sibeth Kane has aligned them to her cause.

Out in the woods, Harlan suggests heading through the lowlands to save some time getting back to Pennsa. It’s a dangerous route and one not without its perils. Given they have sighted among them, Harlan is confident they can make it work.

As the group continue on, they head through an abandoned scrapyard full of rusting cars. Unfortunately they’re being hunted. The group are soon ambushed but instead of taking the high ground, Haniwa stays on ground level and uses her bow and arrow, wrestling with these various soldiers.

Haniwa and Harlan have both been taken, as Baba Voss and the others struggle to regroup and find their comrades. It turns out they’ve been taken by cannibals. Baba Voss and Wren work to get her back while Kofun is told to ride along and warn Maghra what’s happened.

Meanwhile, the Councillor is brought out to the wilds but she’s only managed to give a few soldiers. She’s still working in the shadows but Tormada is confident that he can flatten the city completely with his bombs.

However, in the woods Tormada is ambushed by the Witchfinders and Kane. She’s been trying to find him and unfortunately, he’s easily thwarted by these soldiers. He also drops to his knees when he finds out it’s her and she immediately perks up, asking about his bombs.

The pair strike up an alliance, with Kane deciding to wed Tormada to align their two houses, striking up a deal between the two. Kane also kills Lucien too when he objects, showing how serious she is to this proposal.

Meanehile, Baba Voss nd Wren fight with some of the cannibals outside, while Harlan and Haniwa work together to try and get out of their precarious situation. Wiht fires raging behind them, Harlan fights and manages to best his fighter.

Unfortunately, Harlan is cut deeply in his skirmish, and despite the group reconvening together, it’s the end of the road for him. He hands over a key to a chest, telling Haniwa to give it to Maghra. “Please don’t let them take my city.” Harlan says, as he bleeds out and passes away.

As for Kofun, he’s predictably captured by Trivantian soldiers, while Kane and Tormada prepare to load up their trebuchets and attack Pennsa.

So this week’s episode is all about moving the chess pieces around before the final fight and if that ending is anything to go by, it would seem that Pennsa are in a world of trouble here. It’s unclear whether they’ll actually make it out of this one alive, especially with such a strong force at their hands. And where did they get that trebuchet from?

Regardless, that number of bombs will be enough to level the city and I’d be surprised if Maghra and the others make it out of this one alive. But then we also have that key as well, which Harlan handed over. Could that hold some sort of secret to help the group?

Regardless, Kane and Tormada striking up an alliance is not good news for anyone, and unfortunately Harlan won’t be around either. He’s been a decent character in this but he dies saving Haniwa and the others

Next week’s episode should be quite the intriguing watch though and quite who will come out of this on top is anyone’s guess. 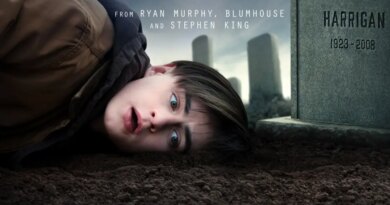 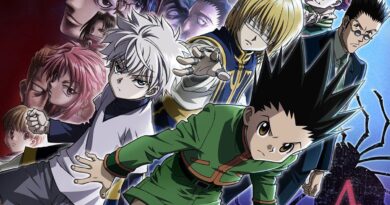 Best Anime Like Hunter x Hunter: Everything You Need To Know