Stargirl is the surprise hit on The CW, the one show that appears to be doing rather well while everything else crumbles and falls. Stargirl follows high school student Courtney Whitmore and her stepfather Pat Dugan, who together lead an unlikely group of young heroes to take on the legacy of DC’s very first superhero team, the Justice Society of America.

Season 3 sees Starman shockingly back from the dead and training Courtney while she helps him adjust to life in Blue Valley. However, there’s a murder that needs to be solved in the wake of all this happening. The mystery sees our heroes questioning former super villains but ultimately stumble upon a secret that’ll shock all of them to their very core.

Here is everything you need to know about episode 5 of Stargirl Season 3, including its release date, time and where you can watch this.

Where Can I Watch Stargirl Season 3?

Stargirl Season 3 is available to broadcast on The CW Network as it airs. However, if you intend to stream this, then it’s available on The CW website the following day.

Those in the UK can watch seasons 1 and 2 on Amazon Prime Video, which should be free as part of a Prime subscription. As yet, there’s no word on when Season 3 will release internationally.

Stargirl Season 3 Episode 5 will release on Wednesday 5th October at 8pm ET/PT. It’ll then also be available on The CW website, as detailed above.

Episode 5 is expected to drop with subtitles available on catch-up. Season 3 has a subheading of “Frenemies” with Chapter 5 called “The Thief”. This is expected to be roughly 46 minutes long, consistent with the time-frame for the rest of the series.

How Many Episodes Will Stargirl Season 3 Have?

Season 3 of Stargirl has been commissioned for 13 episodes, which is consistent with how many were in the first 2 seasons. With that in mind, there will be 8 more episodes to go after this one.

Is There A Trailer For Stargirl Season 3?

There is indeed! You can find a trailer for Stargirl Season 3 below.

What do you hope to see as the series progresses over the weeks? What’s been your favorite moment of Stargirl so far? Let us know in the comments below! 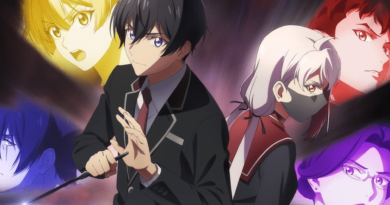 The Patient Episode 10 Preview: Release Date, Time & Where To Watch