One’s Place in the World

A crowd of subjects eagerly anticipates the entry of the Princess outside the Royal Hall as episode 1 of The Empress begins. She nervously waits inside. When someone comes to call her out, she takes a deep breath and walks out in her gorgeous bride gown.

We then cut to her mother, Ludovika, screaming for Sisi to come down and get dressed at their house. The Duke is coming in to make a match for the wedding. But Sisi rebelliously stands against the union, instead wanting to marry “her true soulmate”. As Ludovika makes her way upstairs, she finds Sisi has ridden off on her horse, Puck, through the window to the end of a cliff, where she finally feels at ease. The Duke waits in the living room to meet Sisi. Her mother makes the excuse of morning prayers, as the housemaid signals Sisi hasn’t returned, yet.

Sisi, meanwhile, asks her father, to check on Puck. But his assessment is that the horse has a broken leg and will never walk again. He picks up his rifle and ends his life. The Imperial Highness, Sophie, and her son, Franz, the Emperor, face a cheering crowd. Three men are being executed for conspiracy and revolutionary conduct. The mother-son duo stands and watches from a distance.

After the noose goes on, an announcer declares that only The Emperor has the choice to grant pardon to the men from hanging. He takes out a cross in his hand, as a mark of salvation. In doing so, he hurts his hand. “Revolution!” is the final word that all three men utter before the lever is pulled.

Sisi, aka. Elisabeth, gets a stern telling off from her mother. Elisabeth’s sister, Helene, calms her mother down, who further ridicules Elisabeth’s dream of becoming a poet. If she doesn’t agree to marry, she will be admitted to the asylum. Sophie isn’t pleased with Franz’s perceived sympathy for the people. The cold winter has forced the people into hating the crown and uprisings against the royalty. The Princess calls it “an ulcer in need of remedy”. Tsar Nicholas gifts the Emperor the skin of a bear to commemorate his imminent ascent to the throne. The Tsar wants the Emperor and his nation to join in the war against the Sultan of the Ottoman Empire. He is repulsed but the Princess insists they must oblige.

‘She suggests Helene of Bayern as a prospective match for Franz. Marrying her will do two things; first, it’ll serve as a sign of trust between the crown and the people. And secondly, she will give them an heir to the throne. Napoleon and the Prussians cannot be trusted, Sophie says. Sophie asserts her dominance and says their engagement will be announced next month on Franz’s birthday.

On Helene’s behest, Elisabeth too accompanies the wagons to the palace. Helene is nervous about meeting Franz and confides in Elisabeth. But she emboldens her confidence and says Franz will go crazy for her. Franz is having an affair – and is probably in love – with another girl, a Countess. A day before the birthday party, Ludovika discovers that they haven’t packed the right trunk with the clothes Helene is supposed to wear. All they have are funeral clothes. While Elisabeth trivializes the issue, Helene and Ludovika have a more severe response.

Franz and Elisabeth meet to good first impressions. They chat for a bit before parting ways. Maximilian, Franz’s wild and spontaneous brother, arrives with Francesca, a girl from Italy to Ischl. He has another little brother, Ludwig-Viktor. The families are seated at different tables for lunch. While Franz, Helene, and the mothers sit together, Ludwig, Elisabeth, and Maximilian sit on the other. Sophie suggests a stroll through the gardens. Helene gifts Franz a handwoven handkerchief with his initials. The two seem to be getting on well, like Max and Elisabeth, but the princess is wary of him.

Helene worriedly reveals that Franz returned the handkerchief. She thinks he won’t pick her.
Max reports to Franz that the people don’t like him. They think he has no vision and is puppet-ruled by Sophie, who pulls all the strings. Franz asks Max to return with him to Vienna as his advisor, to which Max replies he will mull it over. Franz finds Elisabeth lying on the floor and asks about her well-being. She says it is because the floors are cool and Franz agrees after lying with her. He admires her outspokenness but Elisabeth is coy. She reveals about Puck to him and asks Franz not to think of her as a lunatic, as the rumors spread across the palace.

The meeting ends on a stiff note when she tries to touch his shoulder. Sophie snoops on Franz having sex with the girl and watches contemptuously. Late at night, Elisabeth, who is up writing, is called away by Franz. They drink champagne to commemorate Franz’s birthday. He admits to feeling alive being in her presence and she repulsively backs off his advances. She cannot betray her sister like this.

Franz says he will no more do what the others have told him to. There’s a wry smile on Elisabeth’s face as Franz caresses her face and kisses her. She walks away with a grimace on her face, realizing how gaining the emperor will sever her ties with Helene. At the ceremony, Franz follows his intention and asks Elisabeth to marry him. A weeping Helene rushes off from the spot, and Elisabeth follows behind her. She is furious and helpless at the same time, slapping Elisabeth and begging her to say no. She accuses her of sleeping with Franz and curses Elisabeth for never becoming an able empress.

She also prophesizes that Elisabeth will be the end of Franz. Sophie and Ludovika try to convince Franz but he is stubborn in his stance. Sophie asks Elisabeth if she wants to be the empress, to which Elisabeth says yes.

In the concluding crescendo, we see Franz telling Theo, his confidant, that it is just the beginning; Elisabeth stands on the map of the Austrian Empire on the palace’s floor and dreams of ruling it with Franz; Sophie is slightly concerned about Elisabeth’s willful and outspoken nature, and Helene picks up scissors in her distraught state.

The final scene sees the news being broken out by a man to the woman (present during the hanging) and they acquiesce this is the right chance to further the revolution.

First impressions of Netflix’s ‘The Empress’ are extremely positive. For aficionados of period drama, watching this series might just prove to be a transportive experience. It tells the story of the rulers of Austria, in particular, Franz and Elisabeth, and the royal family navigating wars in Europe and complexities within the palace.

Episode 1 took on more than just an introductory tenor. We get right to the dirty business and the central conceit of the story: an impending revolution with a surprise element. This dynamic between the crown and its subjects appears to be an important one going ahead.

Although Elisabeth’s misfit-like personality is sure to shore up Sophie and her disciplinarian witches, this element will be pivotal to how the story turns out. The lead actors playing Elisabeth, Sophie, Franz, and Helene, all give decent accounts of themselves too.

‘The Empress’ really does a good job coming across as a serious-minded and earnest show that reimagines the terribly exciting and happening era in Austria’s history. After watching episode 1, it seems that Netflix has another winner on its hands. 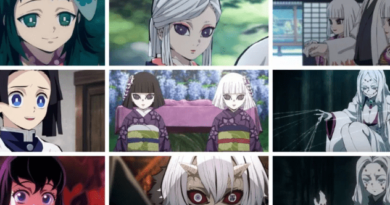 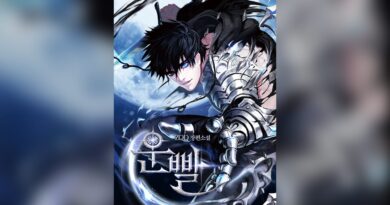 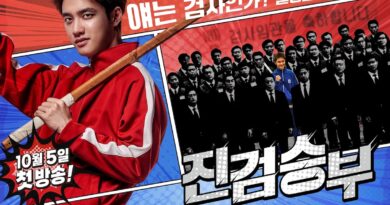