The Viennese court awaits the arrival of the Empress in waiting at the start of The Empress episode 2. Esterhazy, Sophia’s close confidant and the Chief Court Mistress, comfort her as she goes through pain due to an unknown illness. Franz dismisses the Countess he was having an affair with from the palace after she rejected his offer.

Esterhazy, lines up a slew of handmaidens, including the commoner from the last episode’s final scene, giving them strict instructions to not leave any gaps in the preparation of the royal wedding.

The coaches from Bavaria arrive at the palace. Her father warns Elisabeth not always to speak her mind in front of Franz and Sophie. She takes it admirably and trusts her relationship with Franz. The emperor is charmed by her beauty and is surprised to see Elisabeth trying to kiss him in front of everyone. There is a collective gasp from the servants welcoming her at the entrance. They look on with suspicion. It turns out Helene picked up the scissors not to kill herself but to cut her hair. She maintains the new look, as Franz welcomes her.

Sophie escorts Elisabeth to a change of clothes, post which she is to have dance lessons in waltzing. Through their interaction, it is revealed that Helene and Elisabeth haven’t talked since Franz proposed the latter.

Esterhazy introduces Elisabeth to her court maidens. Amalia and Leontine (the commoner) are the ones to look out for. Elisabeth’s forthcoming and simple manners might be too “uncouth” for the royal court codes. Her mundane tastes and free-spirited worldview might not sit too well with the extravagance that comes with being the empress.

The cabinet assembles to discuss the Allied charge on Russia. Various views come out to zero in on either waiting or attacking. Sophie suggests that they must respect their friendship with Russia, even though the consensus is that they will be defeated. Franz asserts his authority and decides that Habsburg will not enter the war. His “plans” for the empire are different. Elisabeth has more trouble adjusting to the rigid ways of being the empress. Taking two-hour baths, twice; getting her hair braided every day; and wearing waist-tight corsets in which she cannot breathe – it is all overwhelming for her.

Elisabeth’s sense of freedom has almost vanquished with the maids following her everywhere. Maximilian warns Elisabeth to stay close to them to stay safe but she doesn’t reciprocate. Esterhazy and Sophie are worried about Elisabeth. The former is especially upset with how undisciplined Elisabeth is and says she needs “a hard hand”. Karl, Sophie’s husband, is back at the palace for the wedding.

Elisabeth attends the dance lesson for the wedding night, sharing good chemistry with Franz. The scene is beautifully choreographed and is one of the highlights of the episode. The two definitely seem to have fallen for each other after a rather indifferent start. Esterhazy catches the two making out in the middle of the session and orders them to get back. Leontine surreptitiously meets his commoner friend in the gardens. She asks for better shows and reports her observations about the royal way. The two actually plan to kill the royal family.

Elisabeth undergoes a fertility test by a doctor to test her ability to produce heirs. She barely passes with help from Leontine. Max’s devious and promiscuous ways are uncovered by Franz when he introduces Lieutenant Krall to him. Max had carnal relationships with both his daughters and destroyed the family.

Franz warns Max against doing anything of the kind in the future and to stay within the rules. Elisabeth confronts the Archbishop at the soiree for harassing her in the name of a sacred duty. Although he was just making sure of her fertility, it is demeaning for anyone to undergo something like that. Sophie, of course, takes an exception to her angst and dismisses her from the gathering. Amalia is tasked with remaining with Elisabeth for the while.

Max organizes a boisterous soiree the night before the wedding. Despite Esterhazy’s strict instructions for Elisabeth to remain in her chambers, she goes with her maids. She meets max and the legendary Listz. Franz has a secret meeting with Mr. Stephenson that same night. He is an engineer and Franz wants him to build a major railway, connecting Vienna to the rest of the world. This is his grand plan of bringing prosperity and peace to his people. But Stephenson says it will cost more. Elisabeth and the maids have a gala time at the soiree, drinking and dancing like there’s no tomorrow.

Max also reveals to Elisabeth that the necklace she wears – given to her by Sophie, a family heirloom – was previously worn by Marie Antoinette. He also confesses his love for Elisabeth and goes in to kiss her but she stops him. She runs into Helene at the soiree but the sister is still upset. She bemoans Elisabeth’s lack of maturity and courage to face the difficult things in life to which Elisabeth replies that Helene has become like their mother.

Prince von Vasa meets Sophie in her chamber. It is almost 13 years since they met and had an affair. He finds it uncommon for a royal wedding to be based on love. Vasa also suggests that Franz is actually his son, meaning that Sophie did have an affair with him and Karl is just a husband for appearances.

Esterhazy is furious as Elisabeth isn’t found in her bed the next morning. She is hiding behind the curtains but Helene tries to manage her anxiety. Left alone, the two sisters reconcile in a joyous moment. We harken back to the first shot of episode one where Elisabeth is waiting to come out to the congregation. She sits in the wagon, to be taken among the commoners as their new empress.

‘The Empress’ treads on a familiar path but does so with eternal grace and aplomb. Episode 2 sets up the stakes perfectly for Elisabeth in the palace. Almost on all tangents, it develops the story without haste or bias. Different avenues where many sub-plots are starting to unfurl are handled with efficacious pacing and screen time. The camera movement in this episode around the beautiful palace was especially impressive. The makers have craftily made use of the setting and its periodic essence.

We saw desperate attempts to show how Elisabeth doesn’t fit in Esterhazy and Sophie’s rigidity. She has different sensibilities and a disposition that does not want the luxuries of royalty but to have real-life experiences that she can cherish. Probably that is what attracted Franz to her because he himself wants to be like that.

Sophie’s dominance in their relationship has prompted him to carve out a space for himself where he can feel free. ‘The Empress’ has been thoroughly enjoyable thus far and is certainly shaping up to have the potential of a multi-season period drama, just like ‘The Crown’. 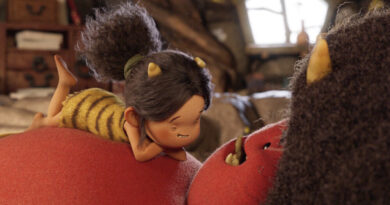 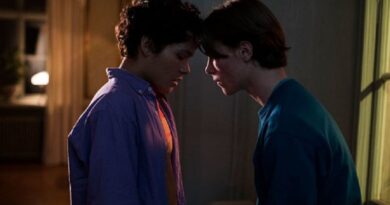