Did we really need eight more episodes of this tragedy?

If you are one of the many people in the world who haven’t seen the new season of Netflix’s The Fabulous Lives of Bollywood Wives, let me spare you the approximate four hours you were to spend on this. Going into the show, you know you are not expecting anything less than drama and the new season of the Netflix show tries to give you that.

For the uninitiated, the show revolves around the lives of four (or five) Bollywood wives who are married (or were married) to popular (maybe?) Bollywood actors. We have Makeup Kapoor and her family of Sanjay Kapoor, Shanaya Kapoor and Jahan Kapoor. The other Bollywood wife is Bhavna Pandey married to Chunkey Pandey who has two daughters, namely, Ananya and Rhysa.

The third wife is Neelam  Kothari Soni who used to be a popular actress and has decided she wants to make her comeback in the industry. She is married to Sameer Soni, a popular Indian Television actor. Finally, we have a Bollywood ex-wife, Seema (not Khan) who was married to Sohail Khan.

We have superstar Shahrukh Khan’s wife, Gauri Khan also making a longer special appearance this season. Trying to explain the plot of the show is a waste of both my time and yours because there is absolutely none. However, as a show, The Fabulous Lives of Bollywood Wives have had a small number of highs and a huge number of lows.

Throughout the eight episodes of the show we are able to see and really understand the trivial problems of the people from the Indian Film Industry and how the rich and affluent families from Bollywood are all peas of the same pod. Last season we saw Bhavna worry about Ananya’s impending debut and now that she had made one, the limelight has shifted to Shanaya who is soon going to be seen in a Netflix show.

The show talks about Nepotism in the Bollywood industry just like any other industry and it is not a bad thing. However, the only thing that the cast and makers of the show are trying to do is justify and glorify it by showing viewers that star kids get trolled too. One aspect of the eight-part series I really enjoyed however, is Seema.

Her conversation with her son Nirvaan was proof of how a woman loses her entire identity once she is married to a man who has a name of his own, so much so that even her children do not see her as an individual. With her changing the name plates at her house and dropping the last name Khan as her marriage breaks, she is finally trying to make an identity of her own.

Neelam has finally made her comeback into acting and it wasn’t actually as big a deal as she was making it in Season 1. In the new season, Neelam worked with an intimacy coach in preparation for a new role. But I found it really ironic that she was so uncomfortable kissing her own husband in front of the cameras while she was practising to have a romantic on-screen scene.

Sameer is hilarious and is a poster child for introverts who are forced to hang out with a group of extroverts. Bhavna and Chunky renewed their wedding vows this season and I did not really see why the people around them were turning it into such a big deal when people around the world do it all the time.

Being a big Jackie Shroff fan, I loved seeing the actor in a special appearance as his unapologetic self when he gifted the couple a pot of snake plants, because what better gift than oxygen right? The special appearances on the show are actually what drives this season though. The makers saw that Season 1 was a success and copied the same formula to paste it into season 2.

With Shahrukh Khan being the star of Season 1’s finale, we had Ranveer Singh make an OTT (Over-the-top) special appearance which was no less than embarrassing. The absolutely staged injury and the Bollywood wives being terrible actresses was a coup de grâce to an already dead show. 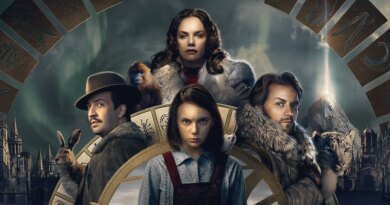 When Will His Dark Materials season 3 Release Date? 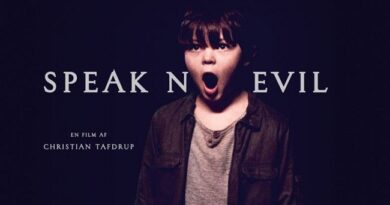