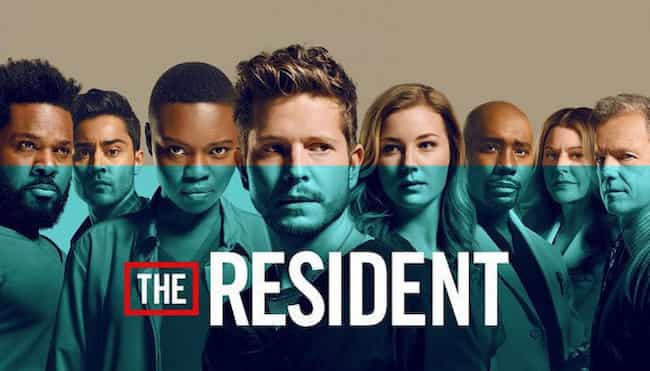 Episode 2 of The Resident Season 6 begins with Kitty venting to Billie about the impending danger that looms in case Betz, a billionaire entrepreneur who can’t relate to the suffering of a common man becomes governor. He wants to cut funds to public hospitals and Kitty is preparing how Chastain will survive if its budget is cut by a third.

In the meantime, Nurse Ellen finds a witness to a rage fight as she waits in line to vote. The injured are taken to Chastain. One of the victims (Mendez) initially is reluctant to get imaging but Conrad convinces him to get treated first. The images show he has a mass in his colon. He needs surgery to remove the mass and A.J and Leela take his case. Leela invites her intern to observe the surgery.

During Mr. Mendez’s surgery, A.J and Leela discover that the mass is cancer and it has metastasized. There is nothing they can do to help Mr. Mendez but the intern takes it hard and thinks Leela doesn’t care about her patients when she refers to the surgery as a peek and shriek. Leela thinks the intern is overreacting but A.J tells her she should apologize to the intern and show her what she meant. Leela takes her along to inform Mr. Mendez and his family of the sad news and the intern understands why she needs to balance her attachment to her patient’s cases.

The other victim is Stuart, the person who started the fight at the voting line. He is extremely agitated and he attacks Billie when she was treating him. Conrad thinks his erratic behavior is being caused by the medication he is taking to help him quit smoking. He is able to treat him and send him home.

Pravesh seeks Kitty’s help for one of his patients in his multiple sclerosis( MS) trial. The patient has been doing well with the treatment but he is currently in a lot of pain and unable to walk. Kitty has a personal stake in knowing how the MS trial is going. Randolph, the man she loves, has the same illness.

Billie and Pravesh understand that this case is personal for Kitty and Billie asks her if she needs support because the disease can be tough on caregivers too. Kitty politely turns down her offer and I think she is not ready to admit she is projecting.

Normally Kitty is level-headed about her cases but in this particular case, she is unable to detach her personal issues. Ben reminds her of Randolph and she wants him to have a happy ending. She pushes for surgery even though she is aware that the risks are high. Pravesh and Billie are against the surgery but the decision ultimately lies with Ben who chooses the surgery. For a moment it is touch and go but luckily Ben makes it off the surgery table.

After the surgery, Kitty confides in Pravesh that she and Randolph are having a difficult time. “Randolph has been doing better but it is always there, like a sword hanging over our heads. I think I am handling it, at least compartmentalizing it but apparently, I am scared.” Pravesh tries to give her hope that science is advancing and there is hope.

Padma is trying to distract herself from her crippling fear that at any moment anything can go wrong with the pregnancy. She is scared she is not ready for parenting but Leela calms her down and reminds her she is not alone. Leela talks with A.J and explains that Padma is just masking her fears with the different interests she is picking up. A.J asks Leela what Padma needs and they indulge her with her cravings.

As the day ends, Conrad and Billie run into each other at the elevator and they have a conversation. Conrad tells her,“ You were Nic’s best friend so every time I see you, I feel like Nic’s watching me and it makes me second guess everything, will Nic approve of me and Cade?” The question takes Billie by surprise but she tells him that Nic would want him to be happy. After their conversation, Billie changes her mind about going home and goes for drinks with Kitty. Kitty is ready for a drink after Betz is announced as the new Governor.

The episode ends with Cade telling Conrad about her dad’s past addiction and her fear that he might be self-prescribing again.

My heart broke for Kitty and Billie in this episode. Kitty has been acting strong but it is tough and scary to deal with an illness that is unpredictable like MS. I am glad that Pravesh and Billie offer to be there for her.

Billie’s facial reaction during her conversation in the elevator with Conrad said it all. It must be painful watching the man you love be happy with someone else. I love that Billie continues to be there for Conrad but I am conflicted because it must tear her heart to pieces as well to see him with Cade. In this scenario, there is no one to blame but just timing.

I am also curious how the new Governor will implement changes that will affect public health and how that will affect Chastain in return. I am not worried because Chastain is in good hands and Kitty won’t go down without a fight. 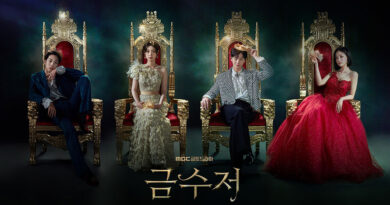 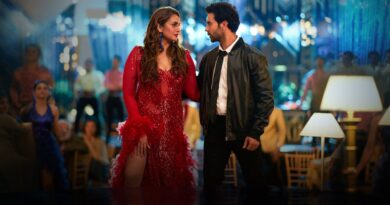 Monica O My Darling (2022) Ending Explained – Who is the killer?