The Serpent Queen is the latest historical drama to hit our screens; a darkly satirical look at Catherine de’ Medici, who marries into the French court as an orphaned teenager expected to bring in a fortune in dowry and produce heirs.

Unfortunately, this dream is shattered when Catherine discovers that her husband is actually in love with an older woman and she cannot conceive children. Catherine attempts to keep her marriage going – and rule France for thirty years.

Here is everything you need to know about The Serpent Queen Episode 5, including its release date, time and where you can watch this.

Where Can I Watch The Serpent Queen?

The Serpent Queen Episode 5 will release on Sunday 9th October at approximately 9.00pm (ET) / 8am (GMT).

Expect episodes to be available shortly after broadcast online, with Amazon Prime Video in particular dropping episodes pretty quickly after broadcast. However, do give a bit of time for the content providers to upload those episodes online.

Episode 5 is expected to be around 50 minutes long. Also expect subtitles to be available from release (especially those watching from Prime Video)

How Many Episodes Will The Serpent Queen Season 1 Have?

The Serpent Queen Season 1 has been commissioned with an 8 episode order. With that in mind, we’ve got 3 more episode to go after this one. The usual schedule is of one episode releasing a week. Expect the story to start ramping up in tension and drama, setting the scene for the rest of the season.

Is There A Trailer For The Serpent Queen Season 1?

There is indeed! You can find a trailer for The Serpent Queen Season 1 below.

What do you hope to see as the series marches on through the weeks? What’s been your favorite moment of The Serpent Queen Season 1 so far? Let us know in the comments below! 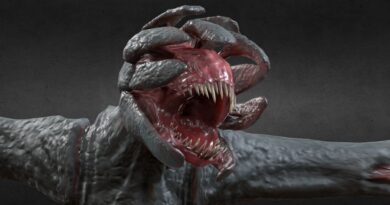 A Quiet Place (2018) Ending Explained – Why does Lee sacrifice himself?