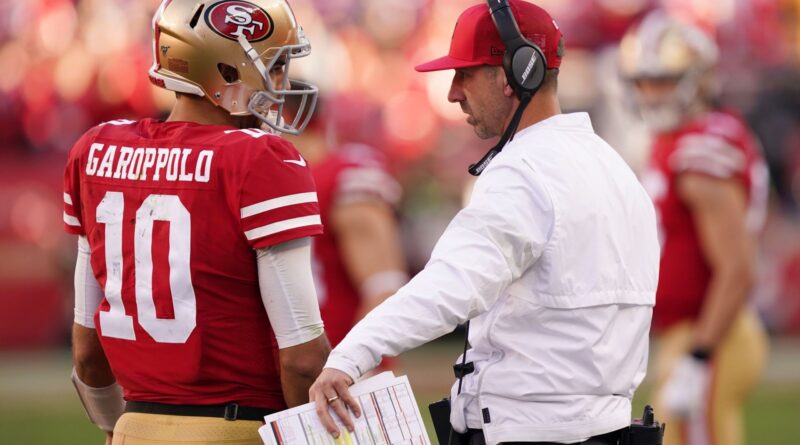 A video of San Francisco 49ers quarterback Jimmy Garoppolo has emerged with the 30-year-old being less than impressed with the play-calling of head coach Kyle Shanahan against the Denver Broncos.

The clip emerged from a fan account on Twitter and shows Garoppolo after what appears to be yet another incomplete pass to Deebo Samuel. It doesn’t take refined lipreading skills to assume the quarterback wasn’t impressed with his coach.

In the video, it looks as if the 49ers player says “All your plays suck, man.” Now whether that is exactly what Garoppolo said or not remains unknown, but it certainly looks like it.

Watch the clip below:

It is worth noting that in the dour 11-10 loss to the Broncos, the 30-year-old completed 18 of his 29 passes for 211 yards, one touchdown and one interception. He was also sacked four times for good measure as the 49ers fell to a poor defeat.

Looking at the video, the former New England Patriots backup clearly had a problem with what Shanahan was doing. While we may be wrong in reading his lips, it certainly didn’t look like Garoppolo was too happy at all.

Garoppolo back in the driving seat for the 49ers

This season was supposed to be the one where Trey Lance took the team forward with Garoppolo finding new pastures elsewhere. However, after an offseason that saw no suitors come for the 30-year-old, he remained on San Francisco’s roster.

Trey Lance’s tenure as a starting quarterback unfortunately didn’t even last two full games. The 22-year-old suffered a nasty ankle injury that required season-ending surgery. It was a horrible look for a young player who finally got his chance at the elite level.

While it was not good viewing before his injury, it was all part of the learning curve for Lance, something that he will have to wait until next year to pick up again.

The former Patriots backup being thrust back into the starting lineup is seen as good roster management by the 49ers. He took them all the way to the NFC Championship game last year.

The 30-year-old now has another full year to put himself in the shop window for other teams who are perhaps looking for an upgrade at the quarterback position.

Trey Lance’s injury might very well have been a blessing in disguise for the veteran.

“The master and his apprentice”, “Love to see it” – Manchester United fans thrilled as attacker starts alongside Cristiano Ronaldo against Sheriff 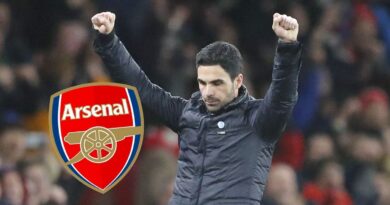 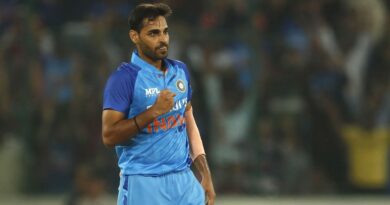 IND vs AUS 2022: “India need to avoid bowling Bhuvi at the death” – Wasim Jaffer admits fast bowling a concern for Men in Blue