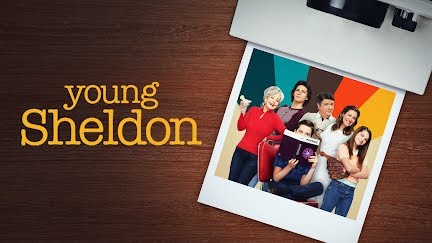 Four Hundred Cartons of Undeclared Cigarettes and a Niblingo

Episode 1 of Young Sheldon Season 6 picks up where the previous season left off. Meemaw calls George Sr. to let him know that she and George Jr. were arrested by the police at the Mexican border. Mary is told the same by George Sr and the two then argue briefly, further straining their already troubled marriage.

Sheldon overhears their conversation and they attempt to cover it up, but he is too clever to fall for their tricks. George Sr. and Dale, Meemaw’s ex-boyfriend, take a trip to the Mexican border to bring Meemaw and George Jr back because Mary fears that her son will have to spend the night in jail.

Meemaw and George Jr. are questioned by an officer about smuggling cigarettes and getting caught at the Mexican border. He dismisses their attempts to persuade him of their innocence. He offers them the choice of entering a guilty plea and paying a fine to get out of the whole thing, or entering a plea of not guilty and returning for a trial that they will lose because they are guilty. They naturally pick the former. The two make an effort to haggle over the cost of the penalty, but their efforts are futile.

Sheldon and Missy talk about their dysfunctional family during their conversation. Sheldon, who is more preoccupied with logic and technical details, and Missy, who is more emotional and empathetic, end up engaging in their usual lighthearted banter. The polar opposite twins ironically have no common ground even though they are in fact twins.

Missy spots Sheldon using binoculars to view someone at Meemaw’s home. When she asks him about it, he responds by saying that a woman is on Meemaw’s porch. Missy checks the binoculars herself to make sure. To find out who the woman is, the two go over to Meemaw’s house. They learn she is Mandy, the woman who is carrying George Jr’s child. Despite Missy’s warnings not to, Sheldon accidentally tells Mandy that Meemaw has been arrested because he is more book smart than street smart like Missy.

When Mandy asks the twins why Connie, aka Meemaw, is in jail, Sheldon responds that George Jr. is also in jail as he lacks the kind of emotional maturity to comprehend the situation. Missy cleverly forces Sheldon to return to his room while she speaks with Mandy and tells her the truth. She goes on to say that he sold cigarettes to raise money for the baby. She then questions her about treating George Jr. coldly and brings up Mandy’s equal contribution to the baby’s conception.

Given that her church deserted her when she needed it, Mary is having a hard time with her religion. Since George Jr. is having a child out of wedlock, her position at the church was terminated in season 5. Sheldon, being his usual logical self, challenges her system of belief as she questions God about why he is testing her. Additionally, when Mary asks Sheldon where Missy is, he responds by saying she is speaking with Mandy on Meemaw’s porch. Mary visits Meemaw’s house after being puzzled about why she is conversing with Mandy.

Dale and George Sr. discuss Connie as they travel to the Mexican border. Connie chose a car and a career over traveling and leading a carefree life with Dale, and Dale appears disappointed in her for this decision. In the beginning, it seems as though Dale misses her and wants her back, and that’s why he’s helping George Sr. bail her out, but it turns out that he’s doing it out of spite to rub it in her face.

Mary walks up to Meemaw’s house and interrupts Missy and Mandy as they are talking about George Jr. Missy suggests that Mandy might marry George Jr, but Mandy rejects the suggestion and walks away.

Meemaw and George Jr. have a conversation inside the prison. Meemaw responds to George Jr.’s claim that he is a bad father by assuring him that he is not. They then engage in their usual lighthearted banter.

Mary runs into Pastor Jeff while taking out the trash, and their interaction is awkward. When Pastor Jeff asks Mary if she intends to go to church the following day, Mary replies that she’ll think about it. Pastor Jeff presses Mary about George Jr. and his “lady friend”, but Mary replies that he does not intend to marry the mother of his child.

Sheldon struggles to sleep because of his anxiety. He worries about what to call George Jr.’s “lady friend”, as Pastor Jeff puts it. He rings Missy with a bell-like signal, and they then use a toy phone to communicate. Per Sheldon’s twisted logic, they decide to call Mandy “Niblingo”. Missy isn’t particularly interested in the conversation, but she keeps listening because she is aware that Sheldon is actually stressed out about issues at home and not what he believes to be the cause.

On the other hand, Connie returns with Dale, and he shoves bailing her out in her face. Additionally, he makes an effort to make her regret her decision, but he is not very successful. On the way home, they have a somewhat toxic conversation, and he pressures her to express her gratitude towards him for bailing her out.

The next morning, Mary prepares to go to church, and Missy decides to accompany her because she feels bad for her mother and doesn’t want to let her go alone. Sheldon doesn’t have any choice but to accompany them.

People at church are rude to Mary and her children because they know about George Jr.’s situation with his child out of wedlock. When Mary approaches them, they are almost hostile, and she leaves the church in the middle of the service. Mary drags Sheldon home with her after he becomes agitated and makes an attempt to put forth an argument in the middle of the service.

The sixth season of the show continues where it left off while maintaining its charm. From the excellent performance by the incredibly talented cast to the top-notch Texas accent, everything seems to be on point. The hilarious narration by Jim Parsons elevates the comic timing to unprecedented horizons. The dramatic and emotional elements act as the icing on the cake.

All Big Bang Theory viewers are aware that George Sr. and Mary separate, but we can’t help but wonder if they will separate in season 6 or even if they’ll separate at all because Young Sheldon has changed quite a few things from what we learned from the Big Bang Theory, and occasionally we can’t help but perceive Sheldon as an unreliable narrator.

We also know from The Big Bang Theory that George Jr. marries young, so we are left to wonder if he will wed Mandy or if he will meet someone else. Undoubtedly, we’ll have to wait and find out. 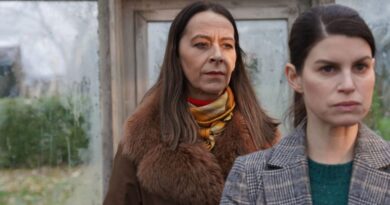 Will there be a Matriarch 2? Here’s what we know about a sequel: